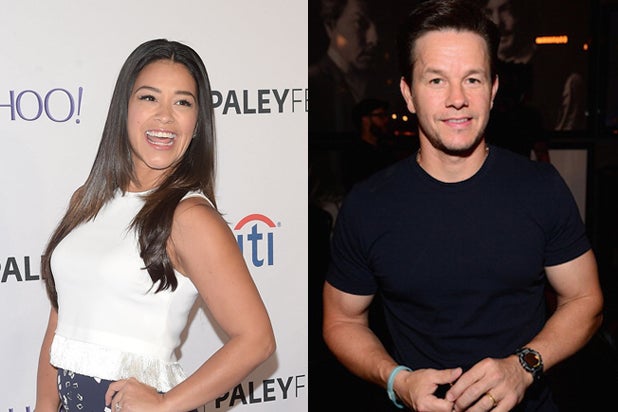 Fresh off her Golden Globe win for “Jane the Virgin,” Gina Rodriguez has landed the female lead opposite Mark Wahlberg in Peter Berg’s “Deepwater Horizon,” multiple individuals familiar with the project have told TheWrap.

Lionsgate and Participant Media are teaming with Lorenzo di Bonaventura on “Deepwater Horizon,” which chronicles the 2010 BP oil spill.

A representative for Lionsgate declined to comment on the casting.

Wahlberg is set to play Mike Williams, an electrician aboard the doomed oil rig, while Rodriguez is in early talks to play Andrea Fleytas.

Fleytas was helping to operate the oil rig’s sophisticated navigation machinery when she noticed a glaring oversight — that no one had issued a distress signal to the outside world. She grabbed the radio and attempted to contact the Coast Guard, for which she was reprimanded.

Kristen Stewart, who was just cast in Woody Allen‘s new movie, was also eyed for the role, according to insiders.

Berg’s “The Kingdom” collaborator Matthew Michael Carnahan wrote the script, and the film is scheduled for release on Sept. 30, 2016.

Rodriguez is a NYU graduate who got her start on “The Bold and the Beautiful” before landing the lead in the acclaimed Sundance drama “Filly Brown.” She currently stars on the CW’s hit dramedy “Jane the Virgin,” for which she won the Golden Globe for best actress in a comedy or musical.

“Deepwater Horizon” will serve as Rodriguez’s studio movie debut, though her indie credits include “Sleeping With the Fishes” and the upcoming drama “Sticky Notes” with Ray Liotta.