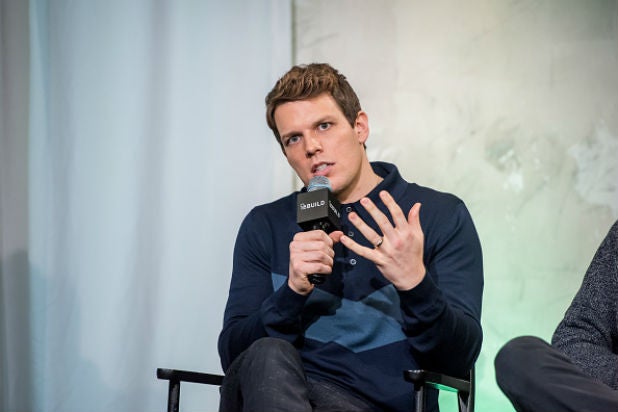 Lacy will play a stand-up comic who gained some notoriety a few years back by blowing off “The Tonight Show Starring Johnny Carson” on the night he was scheduled to appear.

His issues with substance abuse and family tragedy inform his comedy as he tries to re-acclimate into the early-’70s L.A. comedy scene. But not everyone is quick to welcome him back, nor is he interested in conforming to their idea of what comedy is.

Lacy is best known to television audiences for his role as Fran on “Girls.” He also played Pete, a.k.a Plop, on “The Office” during the show’s final season. And he appeared opposite Oscar nominee Rooney Mara in “Carol,” the critically acclaimed Todd Haynes film starring Cate Blanchett.

“I’m Dying Up Here,” which has been ordered to series at Showtime, is set in the infamous world of stand up comedy in LA in the 1970s.

The pilot was directed by Jonathan Levine.  The pilot is based on the non-fiction book of the same name by William Knoedelseder.