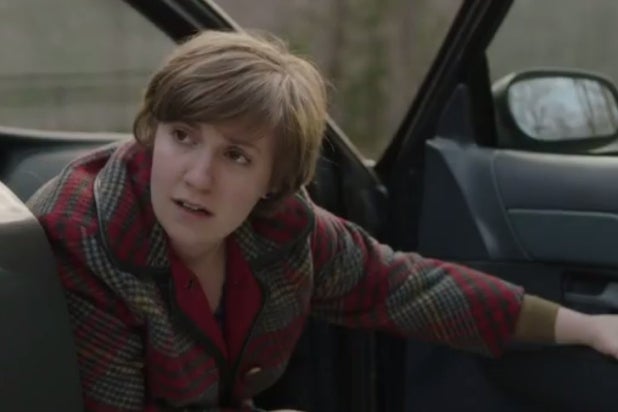 HBO has released “Girls” Season 3 trailer featuring Lena Denham reluctantly hiking, having a breakthrough in therapy and even twerking on a tombstone.

“It’s really liberating to say ‘no’ to shit you hate,” Hannah (Dunham) opines at the beginning of the all-over-the-place one-minute, 25-second mash up for the HBO comedy’s upcoming run.

There’s other good life advice expressed through the main character’s dialogue in the trailer, including Hannah breaking the myth of the point of friendship. She then gets her head stuck in a chair.

As for the other ladies, Shoshanna (Zosia Mamet) reconsiders her life choice to pull away from Ray (Alex Karpovsky), Marnie (Allison Williams) hides her feelings behind over-intense workouts and Jessa’s (Jemima Johannson) friend would rather die than hang out with her. Oh and everybody seems to cry at some point.

Not much has changed for the guys in “Girls”: Ray tries to win Shoshanna back through chivalry while Adam (Adam Driver) sits around naked and complains about Hannah’s friends.