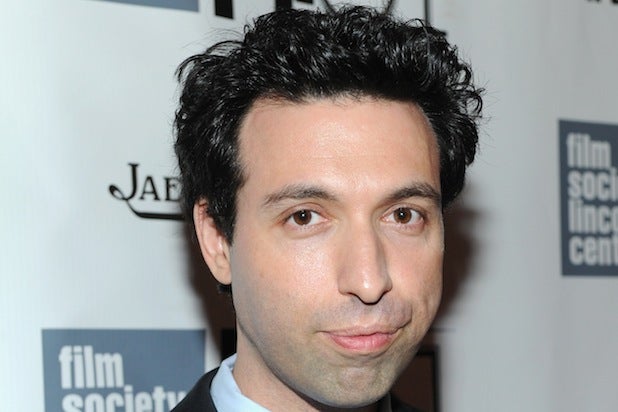 The movie is a road trip buddy comedy about a struggling stand-up comic who goes on tour to open for his successful singer-songwriter pal.

Grace wrote the script and will produce with Ryland Aldrich, a film critic and journalist who recently made his producing debut with the indie thriller “Snap,” which stars Jake Hoffman, Nikki Reed, Thomas Dekker and Scott Bakula.

“Folk Hero & Funny Guy” follows Paul and Jason, childhood friends who have drifted apart as they’ve reached their 30s. Jason is a good-looking and free spirited singer-songwriter whose career is taking off, while Paul (Karpovsky) is a struggling stand-up comedian whose once promising trajectory is now in decline. They reunite when Jason passes through town on his most recent tour. A night of drinking leads Jason to offer Paul the opportunity to serve as the opening act for his upcoming solo tour.  What Paul doesn’t know is that Jason has booked the tour himself in order to win back an old flame. Paul’s woes are the ideal opportunity for Jason to get his number one wingman back on board.

The filmmakers, who are currently casting the role of Jason, are in the process of raising equity capital and plan to launch a Kickstarter campaign in the coming weeks.

Much of the music will be written by Adam Ezra, the real-life inspiration for the Jason character. His band The Adam Ezra Group won Band of the Year, Album of the Year and Song of the Year at the New England Music Awards.

Karpovsky, who will soon be seen in the Coen brothers’ folk music tale “Inside Llewyn Davis,” previously co-starred in Lena Dunham’s “Tiny Furniture,” Mike Birbiglia‘s “Sleepwalk With Me” and Dan Schechter’s “Supporting Characters.” He also wrote and directed the indie movies “Red Flag,” Rubberneck,” “Woodpecker” and “The Hole Story.” Karpovsky is represented by UTA and Mosaic.

Grace previously starred in and produced the cult film “The Scenesters” and Oscilloscope’s indie hit “It’s a Disaster,” which hit #1 on both iTunes and Netflix this summer. Grace has also appeared on AMC’s “Mad Men,” ABC’s “Castle” and CBS’ “How I Met Your Mother,” though he doesn’t plan to take a role in “Folk Hero & Funny Guy.” He’s repped by Stage 9 Talent and Bullett Management.

Aldrich recently produced Youssef Delara and Victor Teran’s “Snap,” which premiered at SXSW and will hit theaters next year. He’s currently in post-production on Abigail Fuller and Sarah Ivy’s documentary about blind teenagers “Do You Dream in Color?”