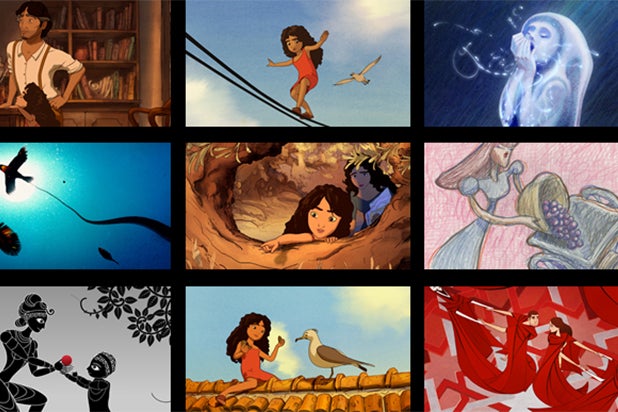 GKIDS has acquired the North American rights to “Kahlil Gibran’s The Prophet,” the animation distributor announced on Thursday.

Based on the bestselling novel by Kahlil Gibran, the animated feature is broken down into different chapters based on different poems by the author. Roger Allers (“The Lion King”) co-wrote and co-directed the feature, which was spearheaded by actress-producer Salma Hayek, who also lent her voice.

“After seeing the incredible reaction to the movie in Cannes, Toronto and Doha, I’m very excited to be working with GKIDS in bringing ‘Kahlil Gibran’s The Prophet’ to North American audiences,” Hayek said in a statement. “This is one of the most personal projects I have ever done and I am extremely proud of it.”

Also Read: Salma Hayek on Inspiring Change at TheWrap’s Power Women Breakfast: ‘Live It Instead of Talk About It’ (Video)

“Kahlil Gibran’s The Prophet,” an unofficial selection at Cannes, already made its North American premiere in Toronto, but GKIDS has it slated for a summer 2015 theatrical release. Other notable voice actors include Liam Neeson, Quvenzhané Wallis, John Krasinski, Frank Langella and Alfred Molina, with a score from Oscar winner Gabriel Yared (“The English Patient”), music from songwriters Damien Rice, Oscar winner Glen Hansard (“Once”), and Lisa Hannigan and performances by Grammy-winning cellist Yo-Yo Ma.

GKIDS earned two Oscar nominations in the Best Animated Feature category last month with “The Tale of the Princess Kaguya” and “Song of the Sea,” a feat no other independent distributor has accomplished.

“We are thrilled to be working with Salma and the entire creative team to bring this stunning and deeply moving film to theaters. The film’s message about freedom and the power of human expression could not be more relevant and timely,” GKIDS president Eric Beckman said in a statement.