Drew Barrymore and Wanda Sykes will be honored at the 21st annual GLAAD Media Awards, to be presented April 17 at L.A.’s Hyatt Regency Century Plaza Hotel by the Gay & Lesbian Alliance Against Defamation. 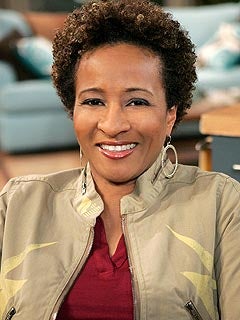 The GLAAD Media Awards elevate and promote fair, accurate and inclusive stories of lesbian, gay, bisexual and transgender (LGBT) issues, people and allies that have increased awareness, understanding and respect for the lives of LGBT people.

The Vanguard Award is presented to media professionals who have increased the visibility and understanding of the LGBT community. In 2009, Barrymore played the lesbian daughter of Robert De Niro’s widower character in "Everybody’s Fine." That film is nominated for Outstanding Film – Wide Release at this year’s GLAAD Media Awards.

Barrymore also starred in "Boys on the Side" (1995), which won the Outstanding Film award at the seventh GLAAD Media Awards. She joined thousands of marriage equality advocates in the streets of West Hollywood when the California Supreme Court upheld Proposition 8, which eliminated marriage for gay and lesbian couples.

And perhaps not incidentally, last year she starred in HBO’s version of "Grey Gardens"; the original documentary is a favorite among gay viewers.

"I was born, bred and raised among diversity, it has defined me and made me the person I am today,” Barrymore said in a statement. “I’m honored and humbled to be receiving this award.”

Sykes will receive the Stephen F. Kolzak Award, presented to an openly LGBT media professional who has made a significant difference in promoting equal rights for the LGBT community.

Sykes came out in November 2008 at a Stand Out for Equality rally in Las Vegas and announced that she legally married her wife in California. She has spoken out about LGBT issues by appearing in LGBT PSAs and performing at LGBT fundraisers; she also on the board of the Equality California Institute.

“I greatly appreciate the work that GLAAD continues to do, promoting equality, fair representation and tolerance for our LGBT community," Sykes said in a statement. "I just pray that I don’t ruin what GLAAD has achieved with all of my shenanigans.”

The GLAAD Media Awards will be hosted by actors Candis Cayne and Wilson Cruz.