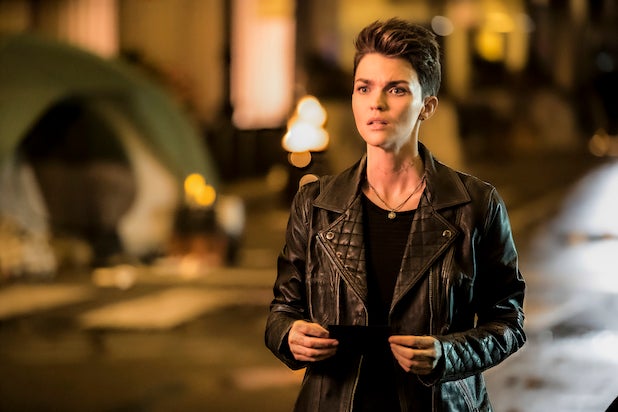 The percentage of LGBTQ series regular characters on broadcast television has hit an all-time high, according to GLAAD’s annual “Where We Are on TV” report, released Thursday.

“After GLAAD last year called on the television industry to reach 10 percent LGBTQ inclusion among broadcast series regular characters on primetime scripted series by 2020, the 2019-2020 ‘Where We Are on TV’ report found that networks met and exceeded this call in just one year, with a record-high percentage of LGBTQ series regulars on broadcast television at 10.2% of all series regulars,” the advocacy organization said in its report.

“This is up from last year’s 8.8% (another record-high), and the highest GLAAD has found since the organization expanded to count all broadcast series regulars 15 years ago. Also, for the first time in this report’s history, LGBTQ regular and recurring women on broadcast outnumber LGBTQ men. Of the LGBTQ regular and recurring characters on broadcast, 53 percent are women, and 47 percent are men,” it continued.

GLAAD’s “Where We Are on TV” report, which is now in its 24th year, “analyzes the overall diversity of primetime scripted series regulars on broadcast networks and assesses the number of LGBTQ characters on cable networks and original scripted streaming series on the services Amazon, Hulu, and Netflix for the 2019-2020 TV season.”

This year’s report shows that racial diversity of LGBTQ characters on broadcast and cable saw a significant increase, while streaming declined in that metric.

According to GLAAD, this year, the total number of transgender characters across broadcast, cable and streaming increased to 38 from 26. For “bisexual+ characters,” there was a slight increase in characters, but a 1% drop overall. Also of note,  there are nine characters with HIV/AIDS, an increase from the seven characters counted last year.

“Last year, GLAAD called on the television industry to increase the number of LGBTQ characters and more accurately reflect the world we live in, and they responded by exceeding this challenge,” Sarah Kate Ellis, president and CEO of GLAAD, said. “At a time when the cultural climate is growing increasingly divisive, increased representation of LGBTQ stories and characters on television is especially critical to advance LGBTQ acceptance. Shows like ‘Pose,’ ‘Schitt’s Creek,’ ‘Batwoman,’ and ‘Billions’ demonstrate that not only are LGBTQ stories and characters on TV becoming more diverse, but that viewers everywhere continue to respond with extreme positivity.”