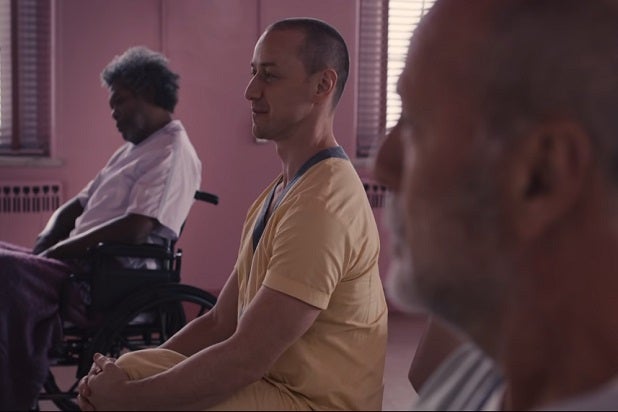 The follow-up to Shymalan’s “Split” is being released by Universal and is projected to make as much as $64 million over the four-day weekend, with the studio projecting a more conservative $50 million.

That would still put it ahead of the opening for “Split,” which surprised audiences during the same weekend in 2017. That film earned $2 million from its Thursday previews and opened to $40 million before grossing $278 million worldwide, all on a $9 million budget.

Also Read: Will 'Glass' Be Cracked at Box Office by Bad Reviews?

And while “Glass” has a heftier price tag than “Split,” roughly $20 million, the main difference between the two films is that “Glass” has significantly worse reviews, just a 36 percent score on Rotten Tomatoes at time of writing compared to “Split’s” 76 percent. As the first major franchise release of the year and with little other competition, “Glass” is hoping to hold strong at the box office through February but may have trouble if it can’t generate the strong word of mouth that “Split” managed.

“Glass” is a sequel to both “Split” and Shymalan’s “Unbreakable” from 2000, with Willis and Jackson reprising their characters from “Unbreakable” and McAvoy and Anya Taylor-Joy returning from “Split.” Following the conclusion of “Split,” “Glass” finds David Dunn (Willis) pursuing Kevin Wendell Crumb’s (McAvoy) superhuman figure of The Beast in a series of escalating encounters, while the shadowy presence of Elijah Price (Jackson) emerges as an orchestrator who holds secrets critical to both men. Sarah Paulson also joins the cast.

“Glass” hopes to win out this weekend over the surprise success of “The Upside,” starring Kevin Hart and Bryan Cranston.