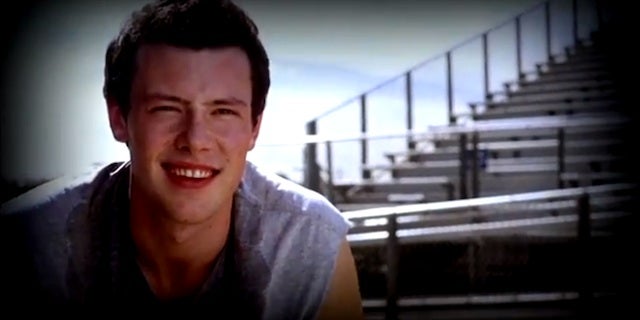 With images of the late actor in scenes as jock-turned-singer Finn, the short 12-second video ends with the message, "Cory Monteith, Forever in our hearts."

The video was posted just after Fox entertainment chairman Kevin Reilly shared more details of how the show will say goodbye to Finn. "[The show] will deal directly with the incidents involved in Cory's passing," he said during Thursday's Television Critics Association.

He also said that co-star and girlfriend, Lea Michele, was a "pillar of strength" and was the first one to say, "I want to get back to work."

The episode dealing with Finn's death will air in the new season's third week. The show will also produce PSAs with castmembers on the dangers of substance abuse.

Last week, the cast and crew held a private memorial service for Monteith.

Monteith died July 13 at age 31. The actor's body was found by staff at the Fairmont Pacific Rim hotel after he missed his checkout time.

The British Columbia Coroners Service determined he died due to mixed drug toxicity involving heroin and alcohol, just months after entering rehab in April to treat his substance addiction, which he first sought treatment for when he was 19 years old.

The Canadian actor's fans gathered last Friday for a vigil outside the building where his body was found, while others mourned his death in Victoria, the capital city of British Columbia where Monteith was raised.

Watch the memorial card below: