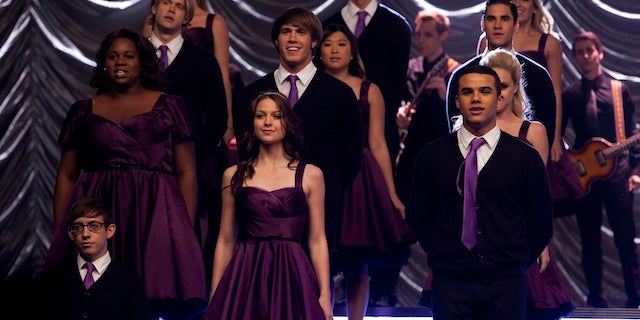 In the wake of dropping five original cast members, Fox's "Glee" has given promotions to five newer members of New Directions.

The promotions arrive just after news broke on Friday that five original cast members wouldn't be returning next season. Dianna Agron, Heather Morris, Mark Salling, Amber Riley and Harry Shum, Jr. started with the series in 2009. They may return next season as guest stars.

Benoist quickly took Lea Michele's spot on the series as the new girl with great singing talent, but struggled with relationships, including ongoing spats with Tobin's Kitty and on-again-off-again flirtations with Jenner's Jake and Artist's Ryder. As transgendered Unique, Newell's character struggled with expressing himself and the school's ability to accept his twist on gender identity.

Last season, "Glee" saw some big changes as new students joined and several characters moved on to their lives after McKinley High. The series was partially set in New York City to accomodate new storylines for stars Michele and Chris Colfer.

In April, Fox granted an early renewal to the Ryan Murphy production for an additional two seasons.

While the series still performs well on the network and reached cult status among viewers very quickly, its viewership has flagged some over its run. At its height during Season 2, "Glee" averaged 10.11 million viewers per episode versus Season 4's 8.26 million.

Note: This article was updated to reflect that Agron was not a series regular on Season 4.