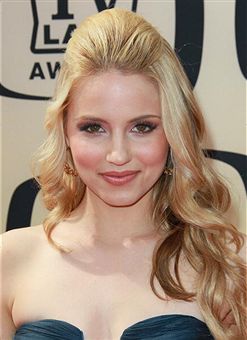 "Glee" star Dianna Agron and Teresa Palmer ("Bedtime Stories") are the latest ladies to join DreamWorks’ "I Am Number Four," according to the Hollywood Reporter.

Agron will make her big-studio debut as the female romantic lead, playing a girl dating a high school jock who falls for Number Four (Alex Pettyfer) and becomes his confidante. There was reportedly a lot of competition for the coveted role, but Agron emerged as the best candidate after several rounds of studio tests.

Palmer will play Number Six, one of nine aliens who flee their home planet of Lorien before its destruction by a rival intergalactic species called Mogadorians, and hide out on Earth disguised as human high school students.

The menacing Durand will play The Commander of the Mogadorians who are hunting Number Four, while McAuliffe will play Sam, the title character’s best friend.

D.J. Caruso directs from an adapted screenplay by Al Gough and Miles Millar, who are working off James Frey and Jobie Hughes’ upcoming young-adult science-fiction book, the first in a series of novels. Steven Spielberg and Michael Bay produce, while Chris Bender and J.C. Spink exec produce with David Valdes.

"I Am Number Four" is scheduled to begin principal photography next month in Pittsburgh, which is also where "Twilight" star Taylor Lautner will film the Lionsgate thriller "Abduction." 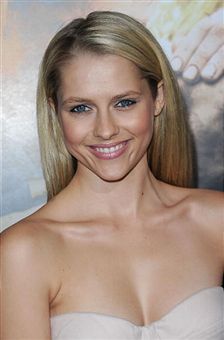 Palmer, who is represented by WME, will next be seen as the female lead opposite Nicolas Cage and Jay Baruchel in Disney’s summer tentpole "The Sorceror’s Apprentice." She’s also set to star in "Young Americans" and the upcoming Mad Max movie "Fury Road," which will undergo a post-production 3D conversion according to actor Nicholas Hoult.

Agron is one of several "Glee" stars making the leap to the bigscreen. Co-star Cory Monteith will play a supporting role in Fox 2000/New Regency’s "Monte Carlo," while Jayma Mays is playing Neil Patrick Harris’ wife in "Smurfs." She is represented by Gersh and Luber Roklin Entertainment.