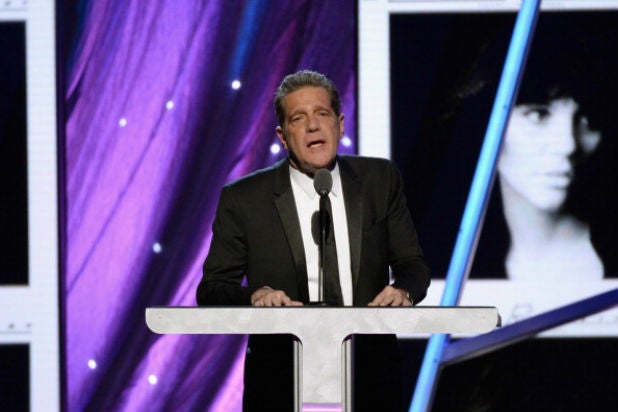 New light is being shed on the medical conditions that contributed to Eagles co-founder Glenn Frey’s death, with a medical expert telling TheWrap that the medications prescribed for Frey’s conditions can lead to “disaster.”

Frey died Monday at age 67. According to the band’s website, the singer and songwriter “succumbed to complications from rheumatoid arthritis, acute ulcerative colitis and pneumonia.”

The group’s manager, Irving Azoff, told TheWrap that Frey’s medications played a part in his death

“The colitis and pneumonia were side effects from all the meds,” Azoff said. “He died from complications of ulcer and colitis after being treated with drugs for his rheumatoid arthritis which he had for over 15 years.”

While Azoff declined to state which medications Frey was taking, Dr. Marc I. Leavey, an internal medicine specialist at Mercy Medical Center in Baltimore (who did not treat Frey), told TheWrap that medications for rheumatoid arthritis or ulcerative colitis can compromise the immune system’s ability to fight off pneumonia.

“The medications used for rheumatoid arthritis or ulcerative colitis can interfere with the normal immune response needed to fight an infective agent, such as a pneumonia, again leading to disaster,” Leavey said.

Even the disease can lead to life-threatening conditions,Leavey cautioned.

“Rheumatoid arthritis, itself, can produce a condition which can allow ulcerative colitis, pneumonia, or both to become serious enough to threaten a life,” Leavey noted.

“Whether due to the disease or the medications used to treat them, the combination of rheumatoid arthritis, ulcerative colitis and pneumonia is one which would likely require maximal medical effort to fight,” he added.

LaRita Jacobs, a rheumatoid arthritis advocate and Platinum Ambassador with the Arthritis Foundation, explained that rheumatoid arthritis and its treatment can work hand-in-hand to make sufferers more susceptible to other ailments. Unlike other forms of arthritis, it is an autoimmune disease, meaning that your immune system attacks healthy cells. And “by far” the most treatments for the illness involve chemotherapy, which tends to weaken the immune system.

“You’re kind of getting a one-two punch there; you’re getting both the punch from the disease itself, which plays havoc with you and causes other problems,” Jacobs said. “And then on top of that, you’re trying to manage all of that with drugs that can have some very serious side-effects.”

Compounding matters, Jacobs notes, is that people can take chemotherapy treatment for rheumatoid arthritis for years, longer than they typically do for cancer.

Pneumonia, Jacobs said, is “absolutely” a common danger under those conditions, though it’s also not uncommon for patients to die of an infection, “because you can’t fight it … everything is more dangerous to you.”

Another, overarching danger attached to rheumatoid arthritis, Jacobs said, is a lack of awareness in the general population as the disease is rarely listed as a cause of death.

“Nobody knows how many people die of complications from things like rheumatoid arthritis,” Jacobs said. “It’s under the radar.”

Despite having grappled with such a debilitating disease for so many years, Jacobs said Frey could very well have had his functional periods, such as tours, interviews and television shows, without the public being aware.

“It does wax and wane, and there can be times when you’re faking it pretty well, and nobody knows,” she explained.

However, she noted, that activity would probably have come at a price.

“It wouldn’t surprise me in the least if, after he finished whatever he did, he collapsed for three, four days a week,” Jacobs said.