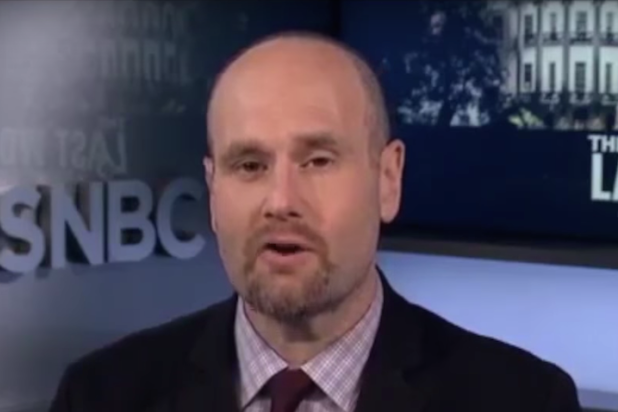 Glenn Thrush officially has a new beat at the New York Times.

The former White House correspondent, who narrowly survived a sexual misconduct scandal, announced on Facebook Tuesday that his new gig would focus on “covering poverty and the fraying social safety net under Trump.” Thrush called the assignment a “dream beat.”

“It’s a return to a subject area I’ve been covering since my late teens,” Thrush told TheWrap Wednesday. “As a young reporter in lower Manhattan, as an editor at City Limits and Child Welfare Watch, as a reporter on education, prisons and AIDS in Alabama and as a City Hall reporter for Newsday, where I covered homelessness, low-income housing and the city’s shortcomings in protecting kids in foster care.”

Thrush’s career was in limbo after he was accused of sexual misconduct while serving as a reporter at Politico.

The accusations against Thrush were first reported in Vox, which also published a series of incriminating text messages.

“Three young women I interviewed, including the young woman who met Thrush in June, described to me a range of similar experiences, from unwanted groping and kissing to wet kisses out of nowhere to hazy sexual encounters that played out under the influence of alcohol,” wrote Vox reporter Laura McGann who also noted that in each case Thrush appeared to target younger women early in their careers.

McGann also described an unwanted incident between her and Thrush.

“I was wearing a skirt, and he put his hand on my thigh. He started kissing me,” she wrote. “I pulled myself together and got out of there, shoving him on my way out.”

The piece resulted in Thrush’s suspension and a lengthy internal investigation by The Times, which ultimately elected to reassign the veteran reporter instead of firing him.

“While we believe that Glenn has acted offensively, we have decided that he does not deserve to be fired. Instead, we have suspended him for two months and removed him from the White House beat,” the paper said in a statement at the time.

“He will receive training designed to improve his workplace conduct. In addition, Glenn is undergoing counseling and substance abuse rehabilitation on his own. We will reinstate him as a reporter on a new beat upon his return.”