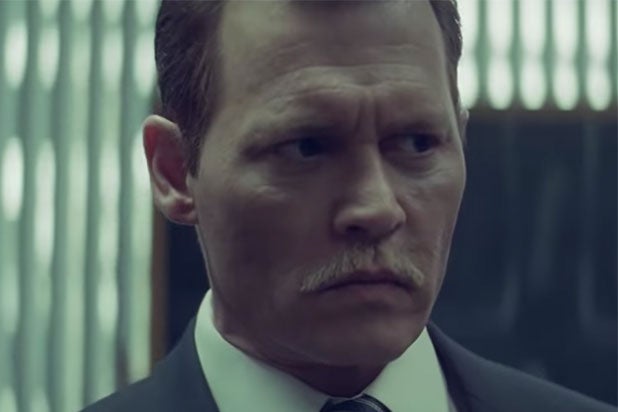 “The Silence,” a horror film lead by “Mad Men” star Kiernan Shipka, the live action-animation hybrid “Playmobil” and the recently shelved Johnny Depp true-life detective story “City of Lies” are among the projects on the market, said the insider.

Global Road’s film division was effectively taken over by its creditors earlier this week, after previously operating under the control of CEO Rob Friedman. Lenders are hoping to set meetings and set up screenings with several top indie distributors to unload much of the existing slate of film projects, a second individual said.

Global Road declined to comment on the state of the company.

Top lenders to Global Road include Bank of America, which is taking the lead on sales, and Dominic Ng’s East West Bank.

It’s unclear whether selling off these assets would be enough to buoy the studio, which failed to secure investors to raise a projected goal of $200 million in capital the company announced in February. Failure to generate a cash infusion (or move the films in the first place) could force the company into Chapter 11 bankruptcy.

The company’s TV and international sales division are currently stable and separate from lender control. Global Road will also move forward with a release this weekend —  the doomed adventure film “A.X.L.” which is opening on 1,710 screens and expected to pull in a dismal $1.75 million, according to estimates by Box Office Pro analyst Shawn Robbins.

At an informal event to announce the company’s rebranding at February’s Berlin International Film Festival, studio head Rob Friedman told investors and industry types that the company anticipated spending $1 billion on production over the next three years.

Global Road was born of Tang Media Partner’s combining Open Road Films, the Oscar-winning studio behind “Spotlight,” bought in 2017 for $28.8 million, and IM Global, a sales and production company that it bought in 2016.

Tang had hoped to release roughly 15 films a year, while bridging divide between China and the U.S.