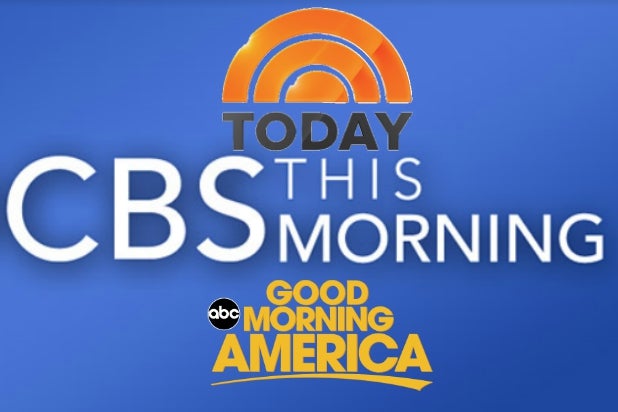 The morning news shows kick off a new season on Monday, when “Good Morning America” will desperately try to hold on to its top slot, “Today” aims to make up more ground and “CBS This Morning” continues its quiet progress.

Will that 1, 2, 3 ranking hold steady this year? The answer will depends on a whether “Today” can build on recent momentum and leverage a big opportunity next year.

The gaining “Today” show has a not-so secret weapon this year: The Summer Olympics, which could provide a much-needed boost towards the end of the September-September race. Plus, “GMA” has lost a bit of steam tied to anchor turnover, as Josh Elliott and Sam Champion both bailed for separate NBCUniversal channels.

Of course, Elliott hasn’t appeared on NBC’s “Today” show except as a fill-in, but with a noncompete clause in the rearview mirror and ABC on the horizon, perhaps this is the year. Or maybe Elliott ditches his current entirely — a recent conversation between TheWrap and NBC Sports boss Mark Lazarus seemed to suggest that’s a real possibility.

One thing is for sure, it would be nothing short of a miracle if CBS’ early offering was a real contender this coming season. But still, that show is steadily gaining market share and general journalistic respect as an alternative to its softer competitors. Typically, hard news in the a.m. rarely translates to big Nielsen numbers. It can, however, fill a needed niche.

Before we get too far ahead, let’s take a look back at the last 51 weeks of the season that concludes on Friday.

Crunching some numbers, “GMA” was down 5.7 percent overall and 11.9 percent in the demo. Those are the biggest losses of the time slot.

This past season, NBC’s “Today” received 4.616 million total viewers, with 1.759 million in the main demo. Those numbers are down from the previous season’s 4.86 million and 1.938 million, respectively.

Doing the math, the “Today” show slipped 5 percent overall and 9.2 percent in the demo. Not a great year, but still not as bad a decline as “GMA’s.”

And at least the “Today” show can hang its hat on the fact that its surge towards No. 1 has burned brightest lately, winning eight recent weeks in the news demo and the important July sweep period.

Still, would you rather have momentum, or the title of top morning show? CBS believes there is a third option: best morning show.

The Charlie Rose-Gayle King-Norah O’Donnell program goes for quality of reporting over quantity of personalities — and ultimately, viewers. But they’re kind of getting it all right now.

“This Morning” rose 11.5 percent overall and 5.1 percent in the demo. Those are nice upwards gains, but the show is nowhere near even a second-place finish. The good news is that CBS doesn’t seem to care.

The battle of the blabber begins on Monday: Let’s see how much Donald Trump talk each show can muster.