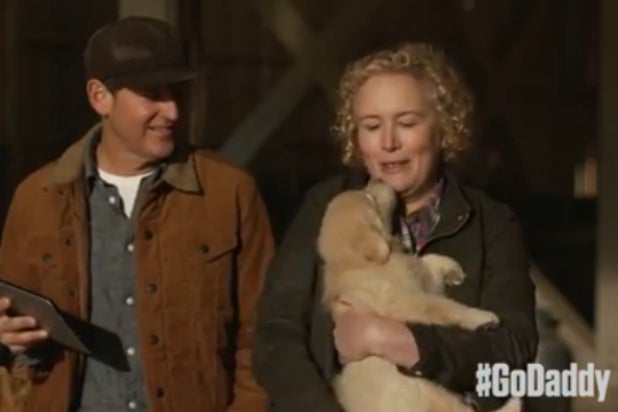 GoDaddy has become a Super Bowl commercial staple, and the domain-registering website is keen on pushing the envelope. This time, however, it may have gone too far, and the company has pulled its planned Big Game spot mere days before Sunday’s unofficial national holiday.

The website that helps users buy other websites planned to run an ad titled “Journey Home,” where an adorable puppy gets accidentally bumped out of the back of a pickup truck, sparking an inspiring journey to make it back to his farm. Buddy is welcomed back into his (temporary) owner’s open arms, when she reveals that her joy in seeing the presumed-gone pooch is for monetary purposes.

“I’m so glad you made it home!” she declares. “Because I just sold you on this website I built with GoDaddy.”

The owner of Gabby’s Goldens then coldly ships him off to his new home.

Also Read: Jeff Bridges May Put You to Sleep With His Squarespace Super Bowl Ad (Video)

Cue the online backlash, led by the SPCA, which tweeted: “If you can buy a puppy online and have it shipped to you the next day, it’s likely you’re supporting inhumane breeding. #GoDaddyPuppy“

GoDaddy’s CEO pulled the ad that he admitted “missed the mark,” but stopped short of issuing an apology on Twitter. He elaborated on the sentiment in a Tuesday blog post, which readers can consume in its entirety here.

In the post, Blake Irving promised: “You’ll still see us in the Big Game this year, and we hope it makes you laugh.”

“Finally, rest assured, Buddy came to us from a reputable and loving breeder in California,” the executive added. “He’s now part of the GoDaddy family as our Chief Companion Officer and he lives permanently with one of our longtime employees.”

Thank you @animalrescuers for the candid feedback. What should have been a fun and funny ad clearly missed the mark and we will not air it.

Watch the lost commercial about the almost-lost puppy: