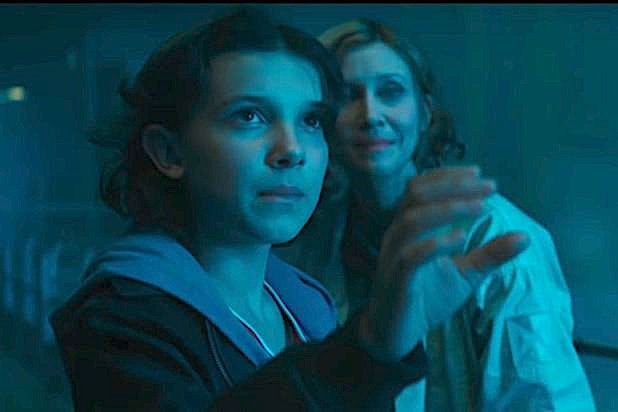 “Godzilla: King of the Monsters” stomped its way to $19.6 million at the box office on Friday from 4,108 locations, which puts it on pace for an opening weekend between $48-51 million.

That total is lower than initial projections that had the film pegged for to open between $55 million to as high as $65 million, but it’s enough that it can claim the top spot from Disney’s live-action “Aladdin,” which earned $11.9 million on Friday for a likely $42-43 million second weekend.

Warner Bros. and Legendary’s “Godzilla” entered theaters with a B+ CinemaScore and $3.6 million of its Friday total coming from IMAX screens, and looks to be taking in the lowest opening so far for the studios’ “Monsterverse” films. The 2014 “Godzilla” grossed $93.1 million in its opening weekend, and “Kong: Skull Island” ended up with a $61 million opening in March 2017.

In third place is Paramount’s Elton John biopic “Rocketman,” which made $9.2 million on Friday and received an A- CinemaScore, which could suggest that it has the strong word of mouth to help it in coming weeks as “Bohemian Rhapsody” generated similar buzz. That puts “Rocketman” on course with initial expectations for around a $23.8 million opening.

And in a close fourth place is Universal and Blumhouse’s “Ma” starring Octavia Spencer. It earned $7.2 million on Friday, putting it in the $18 million range, which would be just above the studio’s initial expectations. However, the horror flick only managed a B- CinemaScore.

Rounding out the top five was Lionsgate’s “John Wick Chapter 3 – Parabellum” in its third weekend, bringing in $3 million on Friday, which puts it on pace for a $10.75 million three-day weekend to close out the month. It’s followed closely by “Avengers: Endgame,” which earned another $2 million on Friday.

Also, Annapurna’s “Booksmart,” released through United Artists Releasing, will gross an estimated $3.7 million in its second opening weekend after earning an estimated $975,000 on Friday. That will be good for eighth place behind “Pokemon: Detective Pikachu,” which made $1.8 million on Friday to kick off its fourth weekend in theaters.