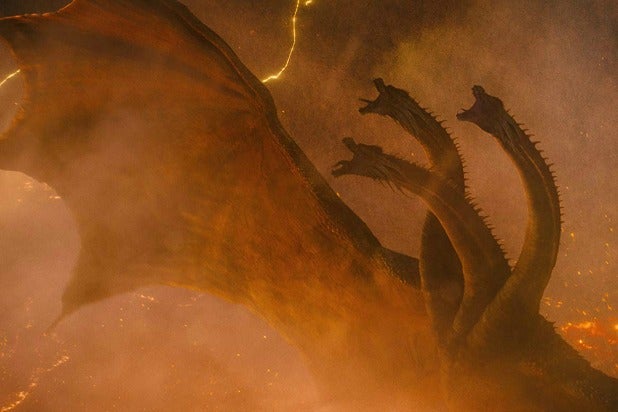 (We’ve got some big ole spoilers for “Godzilla: King of the Monsters” in this article)

“Godzilla: King of the Monsters,” despite being probably the most insane and epic and bizarre movie we’ll see all year, is a bit of a disappointment at the box office so far. But if you loved the latest monster mashup from Warner Bros, don’t worry — there’s still at least one more of these things on the way.

The next movie in this MonsterVerse franchis has already been filmed and is on the calendar for next year. And that movie is “Godzilla vs Kong.” As in King Kong. So of course we know the most basic premise of the next chapter.

Knowing that that movie is next up makes the post-credits scene on “Godzilla: King of the Monsters” a bit confusing since it does not tease or even mention King Kong. Instead, it shows us the villainous Jonah Alan (Charles Dance) returning to Isla de Mara — the site of Rodan’s awakening and the second of three big fights between Godzilla and Ghidorah. He’s there to procure a bit of carnage that was left over from the battle: Ghidorah’s severed head.

You could be forgiven for forgetting that Godzilla bit off one of Ghidorah’s heads during that fight because Ghidorah immediately grew a new head and didn’t appear to be hampered at all by the setback for the rest of the film. But yeah, he lost a head and some people found it, and Alan’s ecoterrorist group has some inevitably nefarious reason for wanting it.

So what does this mean for “Godzilla vs. Kong”? Well, it’s easy to guess that the core conflict of the film will not actually end up being between Godzilla and King Kong — my assumption was always that the film would play out like “Batman v Superman,” which saw the two heroes put aside their differences in order to team up and face the real threat. Godzilla and King Kong will duke it out, sure, but then they’ll have to fight together against something else.

What the post-credits scene on “King of the Monsters” implies is that that “something else” will be sparked by the antagonist human characters. It would be in keeping with the themes of this series thus far for the ultimate threat in what is apparently the last currently planned movie in this series to be a human one — these things have gone all on on “the real monsters are people.”

What Alan and his merry band of bad guys actually plan to do with Ghidorah’s head is anyone’s guess, though. But since presumably whatever it is will be a big enough thing to challenge the combined might of King Kong, Godzilla, and Godzilla’s new group of titanic followers, I assume it will be spectacular.

We won’t have to wait all that long to find out, thankfully. “Godzilla vs Kong” lands in theaters less than a year from now, on March 13, 2020. That film is directed by Adam Wingard, and will bring back most of the “King of the Monsters” cast while also bringing in Alexander Skarsgard, Lance Reddick, Danai Gurira, Rebecca Hall, Damien Bechir, Bryan Tyree Henry, Jessica Henwick and Eiza Gonzalez. Get that hype train rolling now.