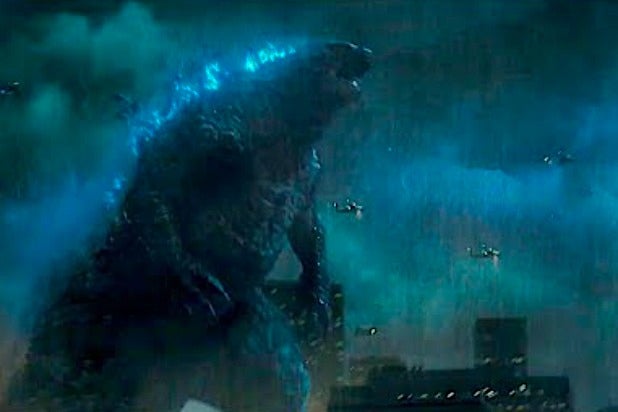 Legendary Entertainment and Warner Bros.’ “Godzilla: King of the Monsters” took first place at the box office this weekend, grossing $49 million domestically and a little lower than initial projections which pegged the film to open between $55-65 million.

“Godzilla: King of the Monsters” is directed by Michael Dougherty and finds the legendary kaiju monster facing off against his greatest titanic foes, including Mothra, Rodan and the three-headed dragon King Ghidorah. Its score of Rotten Tomatoes is 40% and its CinemaScore if B+.

Also Read: 'Godzilla: King of the Monsters' on Pace to Overtake 'Aladdin' at Box Office

Disney’s “Aladdin” came in as a close second with $42.3 million. The live-action remake opened last weekend to $91.5 million ($116.8 million over the four-day Memorial Day Weekend) and was expected to have another weekend in the low $40 million range. This weekend’s total brings the film’s cume to $185 million domestically and $446 million globally.

Taron Egerton’s “Rocketman” is expected to take third place this weekend with a projected opening of $18-$20 million, with the possibility of reaching as high as $25 million. It stars Egerton in a fantastical jukebox musical about Elton John that uses the iconic pop singer’s greatest hits to tell his life story from his start as a boy named Reginald Dwight to eventually battling substance abuse addiction. Jamie Bell, Richard Madden and Bryce Dallas Howard co-star. “Rocketman” currently has a 90% score on Rotten Tomatoes and an A- CinemaScore.

“Ma,” from Universal and Blumhouse, grossed $18.3 million this weekend, on par with its projection of a $20 million opening — Universal had predicted a start in the mid-teens against a $5 million production budget. It has a 61% score on Rotten Tomatoes and a B- CinemaScore.

Oscar-winner Octavia Spencer stars in the film as a fun-loving mom who befriends a group of high school kids by buying them alcohol and giving them a place to party, only to reveal she has a dangerous obsession and hidden motive in keeping them coming back to her home.

Rounding out this weekend’s top five was “John Wick: Chapter 3– Parabellum,” which grossed another $11.1 million, bringing its estimated cume to date of $125.8 million domestically.