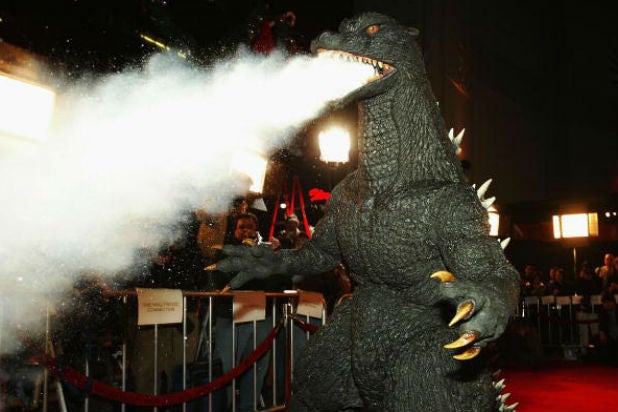 Maybe Godzilla will no longer destroy large parts of Japan now that he is officially a citizen.

The Japanese government has finalized a special residency document for the King of the Monsters, according to the English-language Japanese news site Rocket News 24.

The reason for his residency, according to the official documents, is “Promoting the entertainment of and watching over the Kabuki-cho neighborhood and drawing visitors from around the globe in the form of the Godzilla head built atop the Shinjuku Toho Building.”

Toho, the company that produced the original Godzilla film in 1954, revealed a life-size Godzilla head on top of the Toho Cinemas Kabukicho/Hotel Gracery Shinjuku entertainment complex in April.

“Godzilla is a character that is the pride of Japan,” Shinjuku ward mayor Kenichi Yoshizumi said at a special ceremony.

Normally, residency documents are only issued to the person named in them. However, the Shinjuku ward government is making a special exception in this case and will issue copies of the document to interested tourists.