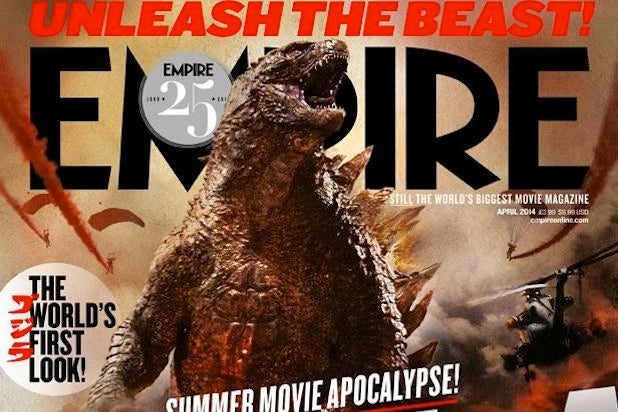 “Godzilla” fans anxiously awaiting the Legendary Pictures release got a glimpse of the revitalized movie monster in the latest trailer, and saw it from behind on the film’s poster, but now they can stare at the radioactive beast roaring in all its glory.

The latest Empire Magazine cover features giant Japanese Kaiju under assault from teeny, tiny soldiers — which are probably just seconds away from being crushed by a single footstep as Godzilla stomps through San Francisco.

The first full trailer, which hit the web on Tuesday, made it clear that this monster will truly earn its “Destroy of Worlds” nickname when the expected blockbuster hits theaters on May 16.

Here’s the magazine cover in its entirety: