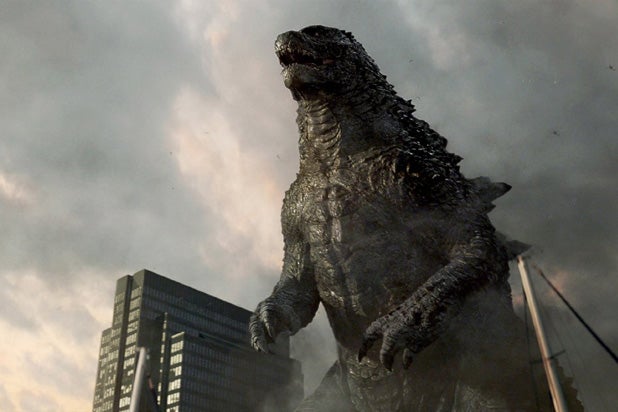 Warner Bros. and Legendary’s “Godzilla vs. Kong” has been pushed eight months from March 13, 2020 to November 20, 2020, multiple insiders told TheWrap.

The film was previously supposed to open in May of 2020, before it was moved up in February to March. Adam Wingard is directing, while Terry Rossio wrote the screenplay. Alexander Skarsgard, Millie Bobby Brown will star alongside Rebecca Hall, Brian Tyree Henry, Shun Oguri, Eiza González, Jessica Henwick, Julian Dennison, Kyle Chandler and Demián Bichir.

Kong and Godzilla previously appeared together in the 1962 Japanese kaiju film “King Kong vs. Godzilla,” which was produced by Godzilla-owning studio Toho. The film became a massive hit and still stands as the top “Godzilla” film in terms of tickets sold in Japan.

This clash between the two icons will be the culmination of Legendary’s MonsterVerse, which is combining the worlds of King Kong and Godzilla into a single universe. The series began in earnest in 2017 with “Kong: Skull Island,” and continued with this summer’s “Godzilla: King of the Monsters” before the two finally clash next year.

Because of these underwhelming numbers, Warner Bros. hinted several months ago that another release date push for “Godzilla vs. Kong” would be coming. During a panel at the annual Produced By Conference held a week after “King of the Monsters” was released, WB Chairman Toby Emmerich suggested that the studio might slow down post-production on the upcoming monster crossover, which finished principal photography back in April.

Also Read: Warner Bros' Strategy Against Disney: 'It's Like Baseball - Hit It Where They Ain't'

“I think that ‘Godzilla vs. Kong’ will deliver for fans in a way they were looking for with ‘King of the Monsters,'” Emmerich said. “But it might come out later in the year, so we can deliver an A+ movie.”

“Godzilla vs. Kong” will now be coming out two weeks after the Marvel Cinematic Universe film “Eternals,” which is set for a release on November 6. The two titans will also be sharing theaters with another oversized animal: “Clifford the Big Red Dog,” which will be released by Paramount on November 13. Other films coming out the same weekend as “Godzilla vs. Kong” include the TriStar romantic comedy “Happiest Season” starring Kristen Stewart and the MGM thriller “Samaritan” starring Sylvester Stallone.