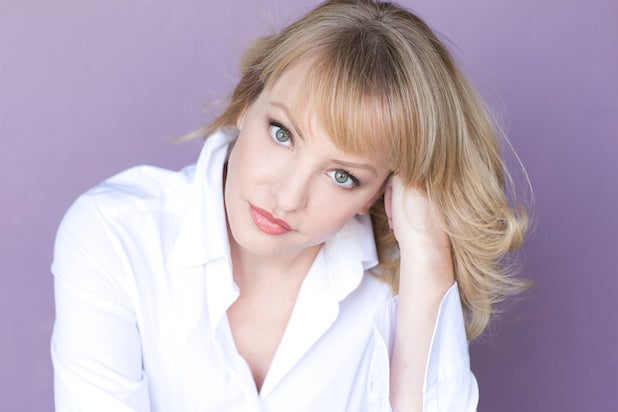 “is a committed ally and advocate for equality and her humor and passion will make for a great evening as we celebrate those making a positive impact in our community,” said Lambda Legal’s Western Regional Director, Rick Davis, in a statement.

McLendon-Covey has been an outspoken supporter of the LGBT community. She spoke out on the Boy Scouts of America ban on gay scouts and leaders, which Lambda Legal argued all the way to the US Supreme Court, and has supported MIX NYC & Queer Experimental Film and the Outfest fusion LGBT People of Color Film Festival Achievement Awards.

“I was so honored and immediately said yes when I was asked to host this year,” said the actress. “I have always been very supportive and have so many friends and family that are active in the community so I really wanted to be a part of this year’s West Coast Liberty Awards.”

In addition to starring on ABC’s “The Goldbergs” and Ellen DeGeneres-produced hidden camera show, “Repeat After Me,” McLendon-Covey has also portrayed the lesbian mom and Cameron’s (Eric Stonestreet) nemesis, Pam, on “Modern Family.”

Cheyenne Jackson and Lance Bass hosted the West Coast Liberty Awards in previous years. The event is an annual celebration of those who have made an impact on the lives of lesbians, gay men, bisexuals, transgender people and those with HIV through advocacy, entertainment, legal and civic contributions, honoring outstanding individuals and organizations each year. This year’s honorees will be announced soon.

Lambda Legal is the country’s largest legal organization. It has worked for more than 40 years to achieve full recognition of civil rights of lesbians, gay men, bisexuals and transgender people and those living with HIV.