From a quick trip to Palm Springs to a two-day bounce across Beverly Hills and WeHo, those Hollywood A-List stars boasting Golden Globes nominations set out with a vengeance to see and be seen in as many places as was humanly possible.

Starting on Thursday at the PSIFF Gala in the desert, the conversations ranged from diversity to the rising position of women in the industry, as TheWrap spoke to honorees including Antonio Banderas, Renee Zellweger and Laura Dern on the year’s hot topics. Other award winners on the scene were Charlize Theron, Joaquin Phoenix, Jennifer Lopez, Jamie Foxx, Cynthia Erivo, Adam Driver and Martin Scorsese.

On Friday afternoon, the hottest ticket of the weekend was for the Audi Presents the AFI Awards 2019 luncheon, held in the ballroom of the Four Seasons Beverly Hills, where everyone was out in force. And the table pecking order was fascinating, as the “JoJo Rabbit” crowd got front-and-center table accolades, with “Once Upon a Time… in Hollywood” in row two and “The Irishman” in row three. “JoJo” star, writer and director Taika Waititi wasn’t complaining about his hot seat, as he told TheWrap. “It’s really weird to be one of the favorites,” he said with a laugh, “and for me it’s actually really nice that at things like this I get reunited with people, because I don’t get to see many people that I know, normally.”

The current supernova star of “Fleabag,” Phoebe Waller-Bridge — whose table was also first row (left) — was all about meeting people for the first time at AFI. As she was introduced to Brad Pitt, her elation reverberated across the room. “Wow! So great to meet you!” she cried. Pitt seemed just as elated to meet Bong Joon Ho and his “Parasite” star Song Kang Ho, while his co-star Leonardo DiCaprio didn’t need an intro to “Joker” producer Bradley Cooper. The two were so deep in conversation, perhaps over an upcoming project, that no one else could get in a word. 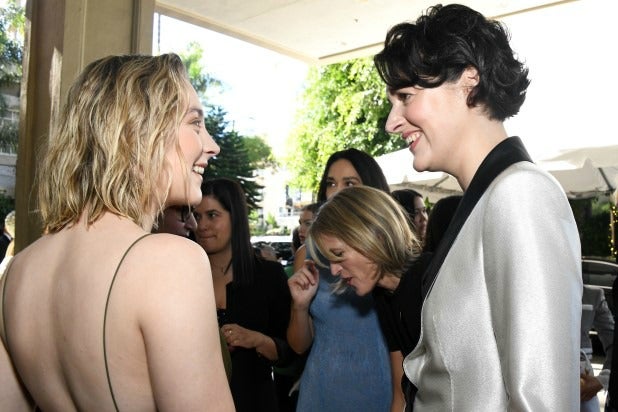 The rest of the AFI Awards was awash with legends, from Clint Eastwood to Robert De Niro and Martin Scorsese, while Mel Brooks and Rita Moreno took to the podium to give accolades to everyone for their fine work in 2019. “I see before me a diverse, bold, brilliant new generation of directors, producers, actors and writers who declare, ‘It’s my turn now,'” Moreno said. “They are the voices in a democracy that will keep us moving in the direction of liberty and justice for all.”

Friday night brought the 9th Annual AACTA International Awards at the Mondrian, where the Australian Academy handed out trophies to a wide range of winners, many who do not hail from Down Under. Those who made the scene to accept their prizes included New Zealander Taika Waititi (screenplay), Korean Bong Joon Ho (picture), Irish-American Saoirse Ronan (actress) and Americans Quentin Tarantino (director) and Adam Driver. Driver accepted his “Marriage Story” award with an explanation of his acting process. “I don’t look at acting as an internal quest to find myself,” the actor who also plays Kylo Ren in the “Star Wars” series told the poolside crowd. “I look at it as an exercise in understanding others.” 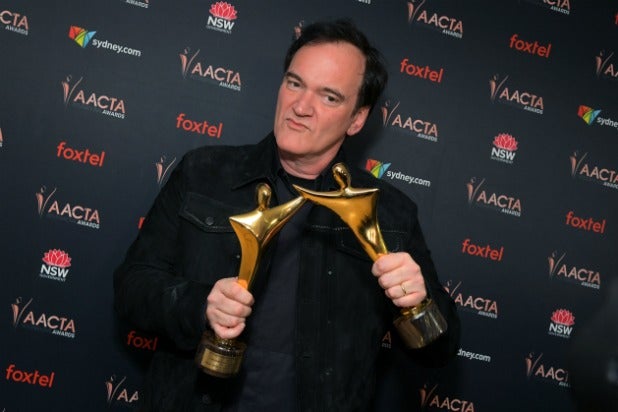 W Magazine’s Best Performances issue party at Chateau Marmont was the capper of the night, held in the penthouse suite. From Leonardo DiCaprio snuggling with girlfriend Camila Morrone while Joaquin Phoenix and his main squeeze Rooney Mara hung out with his sister Rain, there were big stars everywhere in the main room and sky-high balcony. Antonio Banderas and Pedro Almodovar chummed it up, Chris Evans was all over the place, and Quentin Tarantino, Adam Driver and Taika Waititi slid in after grabbing their AACTA trophies.

Also Read: 19 Golden Globes Nominations Snubs and Surprises, From 'When They See Us' to Cate Blanchett (Photos)

Saturday dawned chilly and bright, which meant some of the crowd that gathered in the hills were a tad overdressed for the Coca-Cola Presents the 7th Annual Gold Meets Golden Brunch held at the Virginia Robinson Gardens and Estate. Naomi Watts came early, Nicole Kidman rolled in late (because of a delayed flight) and, in between, the sun-drenched hillside was awash with some of the world’s best athletes and biggest stars. The gathering annually benefits Angel City Sports, the org that aids disabled athletes train for the Paralympic Games. 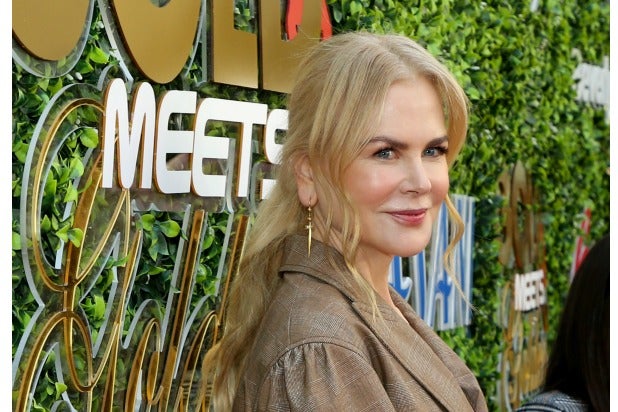 That’s why Chris Evans, Taron Egerton and Rami Malek turned up, as did Matt Bomer, who gave a special birthday cake to gold medalist Greg Louganis, who was resplendent (and slightly warm) in a purple brocade jacket. “I’m about to turn 60,” the four-time Olympic diving gold medalist told TheWrap, “and I feel fantastic. It’s a good time to be alive!”

Track and field Olympic legends Al Joyner and his sister Jackie Joyner-Kersee agreed, adding, “It’s pretty incredible what Olympic success does to your life. So many unexpected opportunities have happened for me because of that.”

Unexpected at the party was Golden Globe nominee Cynthia (“Harriett”) Erivo’s sassy look, with her short-cropped blonde hair, designer Reem Acra sequined bustier and trousers and seven earrings stacked up her right ear. And her with her soaringly beautiful voice in a performance of “Imagine,” she clutched at the heartstrings of all on hand and made us even more excited than before to see her transform into Aretha Frankin in the upcoming National Geographic series “Genius: Aretha Franklin.” 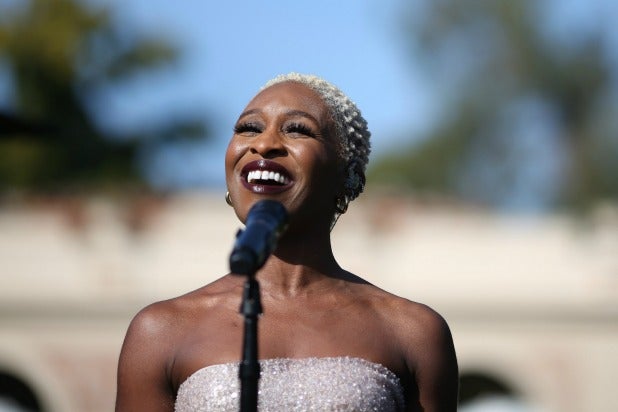 It wasn’t all fun and games at Gold Meets Golden, however, as lots of fashion victim females suffered with the combo of high spike heels and soft grass. “Booksmart” star and Globe nominee for “Unbelievable” Kaitlyn Dever got smart and shed her spikes, opting to go barefoot for a little while Naomi Watts went with tiptoeing.

Later on, as usual, the annual BAFTA Tea Party held at the Four Seasons Beverly Hills was a veritable scrum of stars. Some came through the front door of the ballroom — think Cynthia Erivo (who naturally did a quick clothing change), Sacha Baron Cohen and Isla Fisher, Jared Harris, Greta Gerwig, Billy Porter, Ted Danson and Mary Steenburgen — and some slipped in the private back door of the ballroom.

It didn’t matter that Leonardo DiCaprio, Adam Driver (with two bodyguards, no less), Taron Egerton and Sir Elton John all used that back entrance, the frisson of their arrivals quickly reverberated through the pack. John and Egerton settled in and enjoyed themselves at a table, while DiCaprio and Driver kept moving, for their Saturday party juggernaut was just beginning. 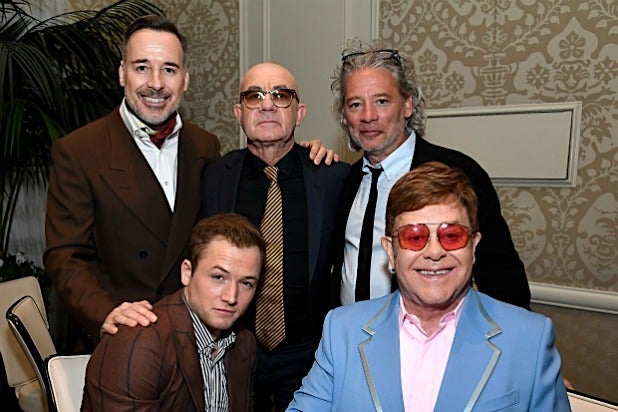 Patricia Arquette and Eric White hung out in the back, too, a bit earlier in the afternoon and contemplated the current state of the world. “It’s just so scary right now,” the often-outspoken actress told TheWrap. “Are we really going to war?” Celebrating her sixth Golden Globe nomination this year for “The Act,” Arquette assured us that she’ll continue to advocate women’s rights from the stage if she wins her third prize. “We all have to speak up, if things are ever going to change,” she said.

Kasi Lemmons and Vondie Curtis-Hall (“Harriett”) enjoyed the crush with teacups in hand, while Noah Baumbach, Jodie Comer, Jonathan Pryce, Mary Kay Place, Benny and Josh Safdie, Jay Roach, Wesley Snipes, Keegan-Michael Key and a sea of others made BAFTA once again a party to remember.

Over at Cecconi’s, Netflix flexed its muscles and packed the place with a late afternoon celebration hosted by Ted Sarandos. Naturally, that meant that Al Pacino and Robert De Niro hit the bash, along with Noah Baumbach, Laura Dern, Ruth E. Carter, Ray Romano, the Safdie brothers and a slew of other Hollywood movers and shakers. We hear the lines for the buffet were outrageous and, as always, the valet was the thing of nightmares. That’s why having a car and driver is key to awards season; and being pals with Audi doesn’t hurt either. 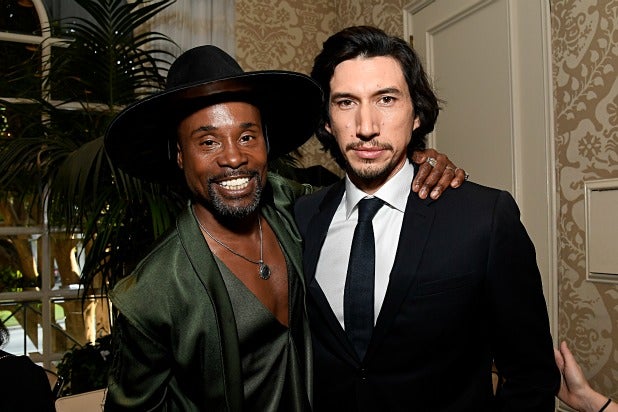 Billy Porter and Adam Driver at the BAFTA Tea Party

In fact, the stars who headed to the Vanity Fair, Amazon Studios and Audi Pre-Globe Party at the San Vicente Bungalows did so in Audis, which meant “Fleabag” faves Phoebe Waller-Bridge and Sian Clifford had wheels, as did Priyanka Chopra and Nick Jonas, Awkwafina and Brian Cox. Also enjoying a night out on the town were Sir Patrick Stewart, Minnie Driver, Dermot Mulroney and Savannah Guthrie. 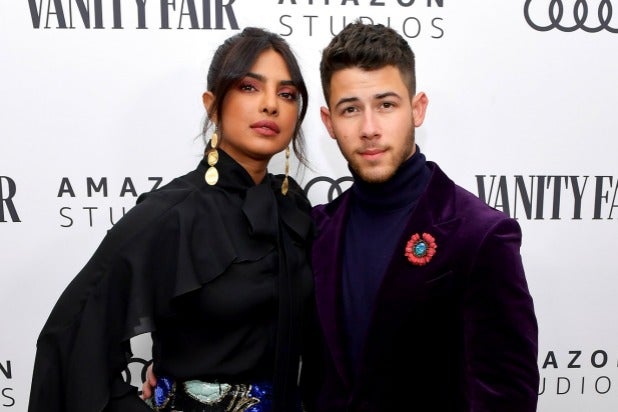 Over at the Hollywood Palladium, lots of art-minded, charity-minded stars converged on The Art of Elysium’s 13th Annual “HEAVEN” Fundraiser to enjoy dinner by Eric Greenspan and music by Dave Grohl, Marilyn Manson and Cheap Trick. Spotted in the massive space were honorees Topher and Ashley Grace, along with James Marsden, Jack Black, Bella Hadid, Moby, Mark Mothersbaugh and a gaggle of others.