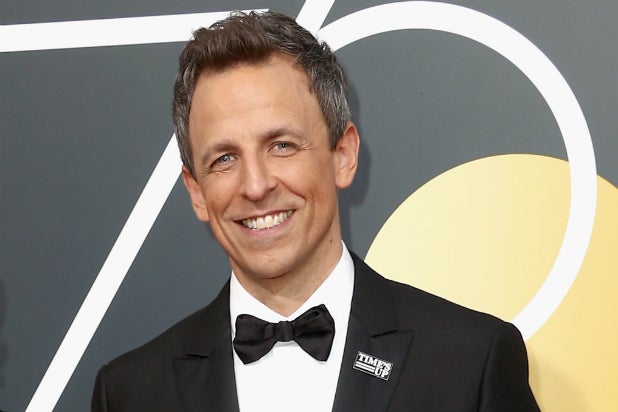 The 2018 Golden Globes — emceed by “Late Night” host Seth Meyers — grew 1 percent from the prior year, according to Nielsen’s earliest-available TV ratings.

Last year’s awards show, which was hosted by Jimmy Fallon of “The Tonight Show” — Seth’s normal late-night lead-in — received a 13.3 household TV rating from Nielsen. That was up 2 percent from 2016’s 13.0, meaning this marks the third year in a row that the Globes have grown in metered-market households.

The January 2017 version had been the second-best metered market showing for the special in a decade (since 2007’s 16.0), but now Meyers’ event has knocked Fallon out as the new first runner-up.

One percent may seem small, but any increase for awards shows are difficult to come by these days. So whether or not readers and critics think Meyers did a good job, he proved a good choice as master of ceremonies.

Fast-national Nielsen numbers for the entire broadcast will be available in a few hours, with final figures expected later today.