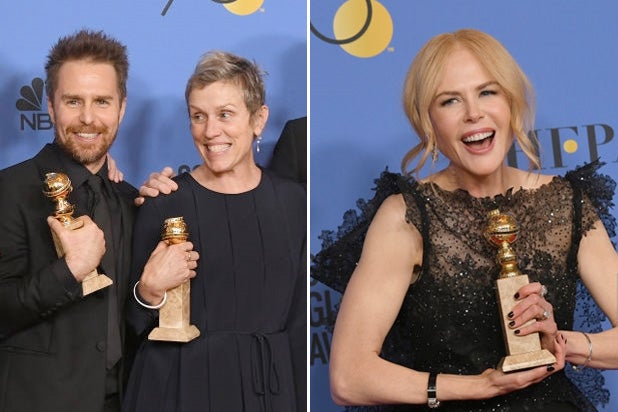 The Golden Globes are in the books, and “Three Billboards Outside Ebbing, Missouri” and “Big Little Lies” (both pictured above) are in the history books for 2018. Naturally, their homes — Fox Searchlight Pictures and HBO, respectively — topped the film and television competition.

Also having a fine evening were “Lady Bird,” “The Shape of Water,” “The Handmaid’s Tale” and “The Marvelous Mrs. Maisel,” each which won their own pairs of awards.

Here is the full list of trophies per movie and TV show: 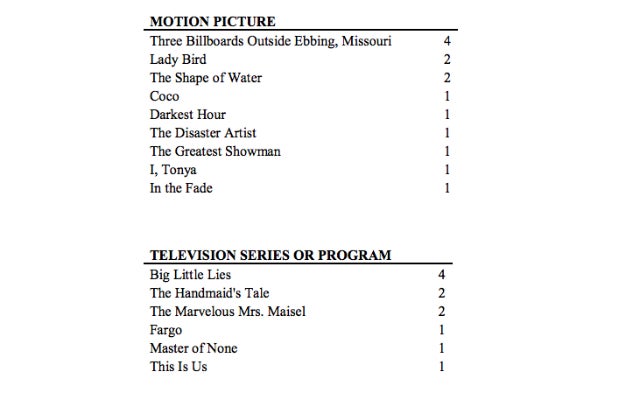 And below are tonight’s win tallies broken down by distributor or network, depending on the platform.

As readers can see, A24 — the home to “The Disaster Artist” and “Lady Bird” — separated itself from the big-screen pack with three nods. In terms of television, Amazon and Hulu scored two keys wins apiece. 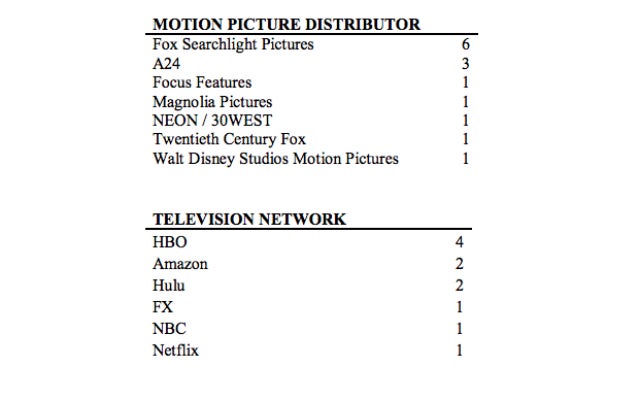