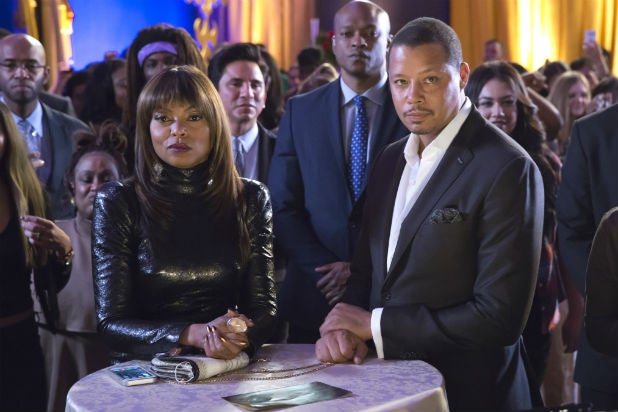 The broadcast phenomenon, which bowed out for its midseason break last week to the tune of 11.5 million viewers, continues to deliver big ratings and social media impressions with its mix of soapy drama and original music.

TheWrap caught up with executive producer and co-creator Brian Grazer to discuss the nominations, the show’s enduring success and if and when Henson might pick up a microphone.

Were you awake and watching this morning?

No! Even on Oscar stuff, when I think I’m going to get nominated, I sleep in. I can’t take the anxiety of waiting.

As a show creator, is Best Series always the nomination you’re looking for?

Yes, I feel that way. You know, the way the show came together orignally was magical, and this moment is magical. A nomination for “Empire” helps make the show a global event.

There’s a lot of discussion about what makes ‘Empire’ special, and now that conversation is about what helps it endure. What’s that formula?

First, we  have a really good group of actors that are family themselves. And I also think the unpredictability of what is going to happen keeps us relevant. When we transition from acting scenes to singing moments, it becomes kind of mind blowing in a way. You don’t know when they’re going to sing or perform or how good they can be.

You get the hook — we know that, “Oh! Taraji is going to do something big! Someone might get shot! Are they killing this person this week?” That’s what makes it a social event, too.

Self-awareness has always been a strong suit for the show. Does embracing the campy elements and the attempts at high drama always mean success?

I think it does. It gives life to empathy, and when that exists in movies or television shows or in any given scene, it produces the highest level of audience engagement.

And Taraji is still lightning in a bottle.

I think it’s just her! We have great writers with Ilene [Chaiken] and Danny [Strong]. And they create the architcture for her, but she’s a brilliant actress and very in the moemnt. If you were to go to set, you’d see her cooperate with everyone but then really come alive on her own.

Will we ever see her pick up a microphone to sing or rap?

Henson goes up for a Golden Globe live, coast-to-coast Jan. 10 on NBC.