This year, it was neither HBO nor Netflix leading the way in Golden Globes nominations for television — hell, it wasn’t even Amazon’s Prime Video. Powered by four nods for “The Assassination of Gianni Versace: American Crime Story” and three for “The Americans,” FX was the big dog of the small screen.

In terms of film, it was “Vice” (six nominations) leading the way, with “The Favourite,” “Green Book” and “A Star Is Born” (five apiece) hot on its heels. Annapurna and Fox tied as top studios this year, each with 10 nominations.

Back on the big screen, “BlacKkKlansman” and “Mary Poppins Returns” both received four nominations, while “Black Panther,” “If Beale Street Could Talk” and “Roma” each got three.

Check out the full rankings below. 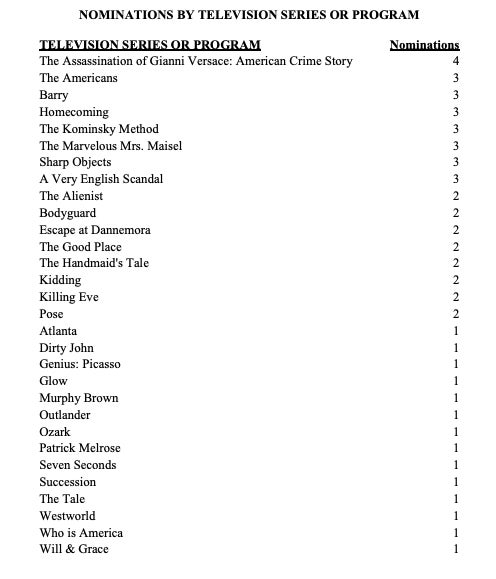 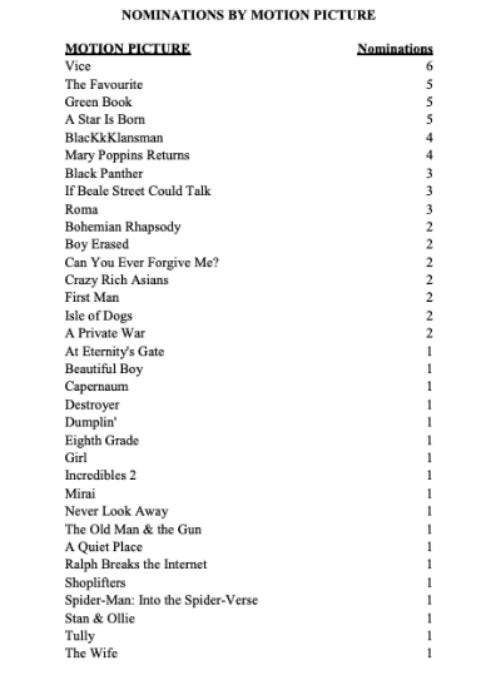 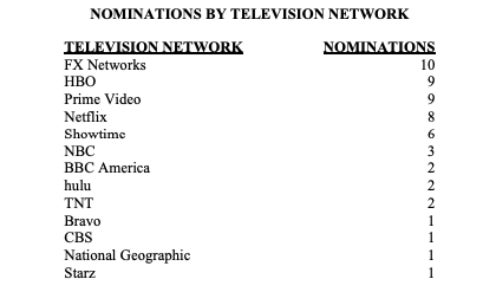 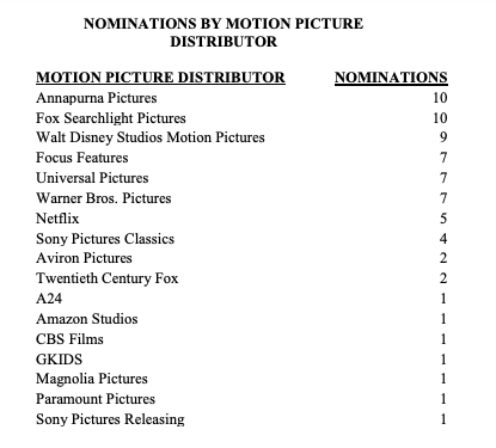