The 2018 Golden Globes nominees were revealed early on Monday morning. Before most of us even got to have our coffee, we learned the individual nominations — but what show, film, network and studio racked up the most nods? Well, we now know that too.

Crunching some numbers and carrying the “1,” “The Shape of Water” leads the movie pack with seven nominations. With that level of attention, it should probably come as no surprise its distributor Fox Searchlight ranks No. 1 among the competition with 15 nods.

On the small-screen, it was “Big Little Lies” setting the pace with six acknowledgments. The limited series-turned regular TV drama (thanks to last week’s Season 2 order) helped its host network HBO top Netflix for the most nominations, with 12.

Just missing out on making the most noise among their platform, “The Post” and “Three Billboards Outside Ebbing, Missouri” earned a half-dozen nominations apiece. “Feud: Bette and Joan” was runner-up in television trophy opportunities, with four.

Check out the tallies below. 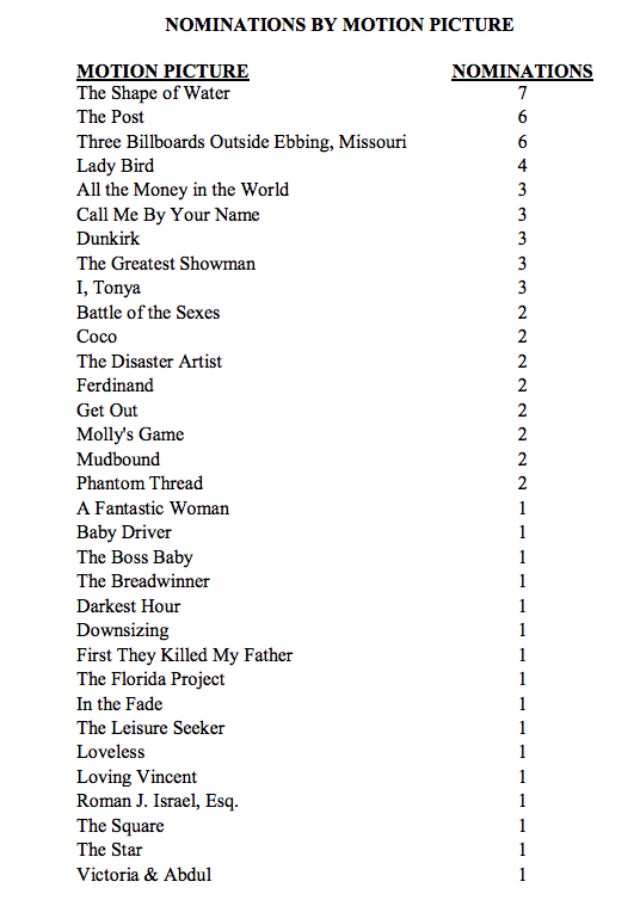 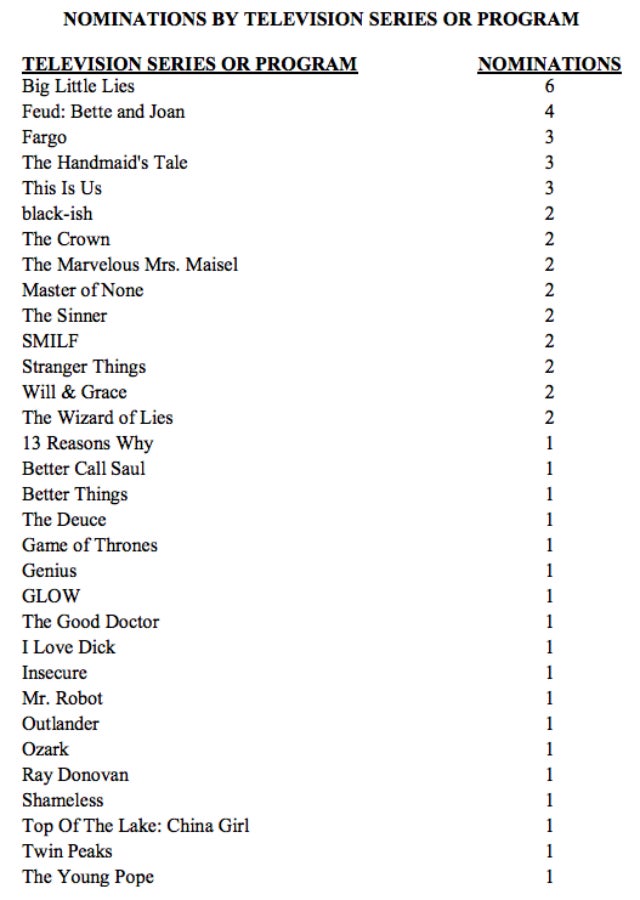 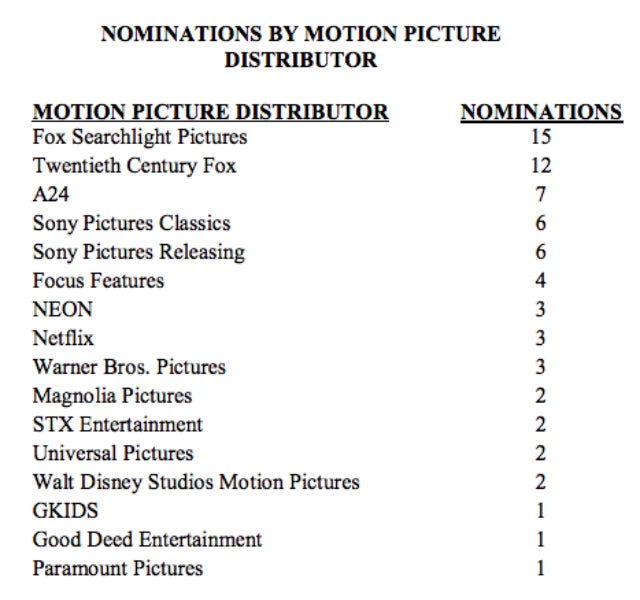 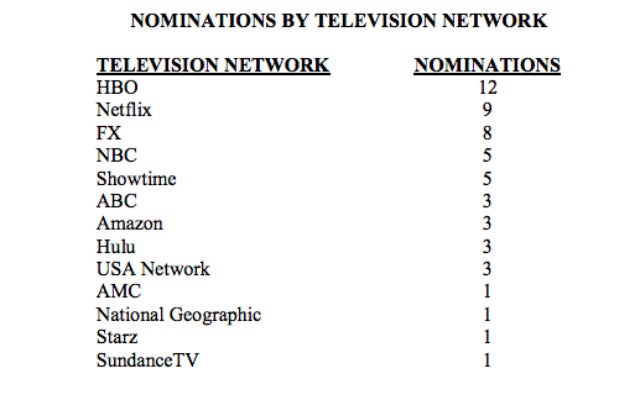