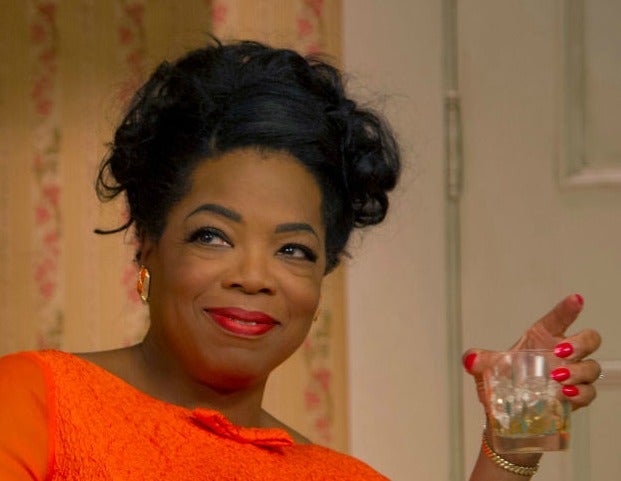 This year’s Golden Globe nominations were unveiled Thursday and the omissions of Oprah Winfrey, Martin Scorsese and Forest Whitaker from the list of contenders represent the awards’ biggest snubs, according to a Fandango survey of moviegoers.

There were happy surprises in addition to nasty shocks, the online ticketer reports. Among the inclusions that moviegoers hadn’t expected, but were pleased to see were Best Supporting Actor nods to “Captain Phillips”s’ Barkhad Abdi and “Rush”s’ Daniel Bruhl, as well as a Best Actor in a Motion Picture – Drama nomination for Idris Elba in “Mandela: Long Walk to Freedom.”

“Barkhad Abdi must be pinching himself to get a Globe nod over the likes of George Clooney, Harrison Ford, and Tom Hanks for his first film acting job,” Fandango Chief Correspondent Dave Karger told TheWrap.

Fandango polled more than a thousand moviegoers to get its results.

Winfrey, who was widely expected to make the cut for her work as an alcoholic homemaker in “Lee Daniels’ The Butler,” topped the list of snubs, earning 41 percent of the vote. In the second slew, well behind the talk-show icon was Scorsese, who has earned rapturous reviews for directing the high finance bacchanal “The Wolf of Wall Street,” but was passed over this year. He earned 23 percent of the vote.

Other snubs included Whitaker’s upright manservant in “The Butler” (11 percent), Tom Hanks’ channeling of Walt Disney in “Saving Mr. Banks” (10 percent) and the late James Gandolfini’s performance as a sweet-natured divorced dad in “Enough Said” (9 percent). Hanks could at least content himself with the Best Actor in a Motion Picture – Drama nomination he earned for “Captain Phillips,” which should ease the sting from being overlooked.

Abdi, who scored a Globe nod for his debut role as a Somali pirate, was the happiest surprise for 24 percent of voters, followed by Elba, whose nomination for his work as the anti-apartheid icon, was the choice of 22 percent of voters. Bruhl’s arrogant race car driver earned 21 percent of the vote, followed by “Before Midnight”s’ Julie Delpy with 15 percent and “Frances Ha’s” Greta Gerwig with eight percent.

The poll is tied to the launch of the second season of Fandango’s original video series, “Frontrunners,” which features Karger interviewing top awards contenders such as “12 Years a Slave” stars Chiwetel Ejiofor and Lupita Nyong’o, “The Secret Life of Walter Mitty” star and director Ben Stiller and “Fruitvale Station” star Octavia Spencer.