The New Year’s Day hangovers have barely receded in the rear view mirror as the industry begins celebrating the earliest ever Golden Globes on Jan. 6.

The era of the Weinstein party, where Taylor Swift, Katy Perry or Kim Kardashian might float through, is kaput. Meanwhile, the opening of the high-end Waldorf Astoria hotel adjacent to the Beverly Hilton opens up the party playground to new spaces.

Here is a look at the top invites circulating the industry.

Expected: BAFTA LA pulls from across studio, film, and network lines for one of the most lively afternoons of awards season. It’s an annual highlight on the party circuit.

Get a peek inside the cloistered soiree here: 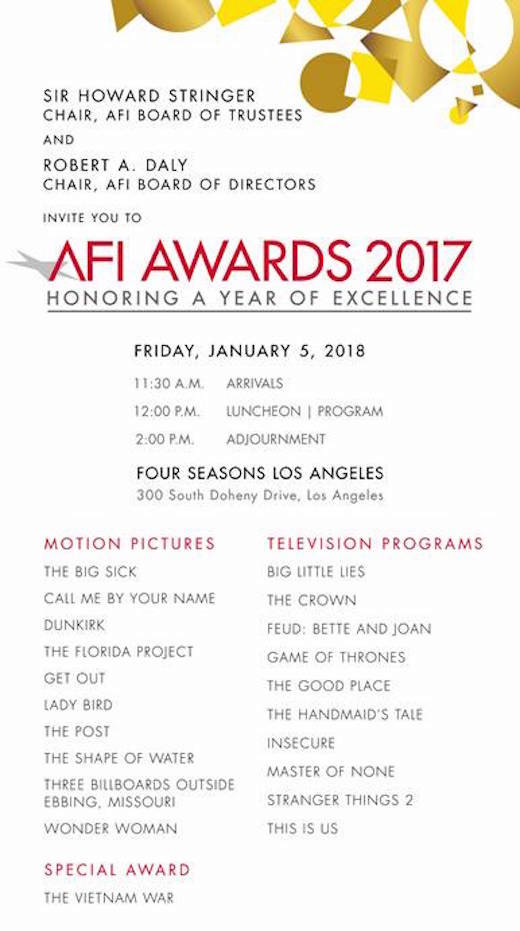 Expected: Only winners. The AFI names 10 top films and 10 top TV shows of the year for induction in to their almanac, a proverbial hall of fame. It’s a densely packed luncheon where there are only about ten people who are not a major star, director, or studio executive.

Featured Nominees: Nicole Kidman is nominated for a second consecutive AACTA International Award for “The Killing of a Sacred Deer.” Last year, she won for “Lion.”

Expected:  Historically, attendees have included both Golden Globes nominees and new, emerging talent handpicked by Hirschberg as the next wave of “It Girls” to watch. It’s a sanctuary from the noise of the louder and more heavily trafficked events orbiting the glitzy weekend. 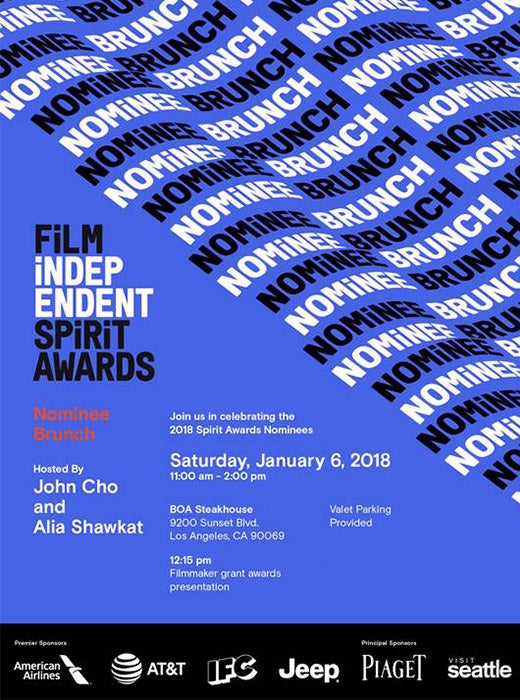 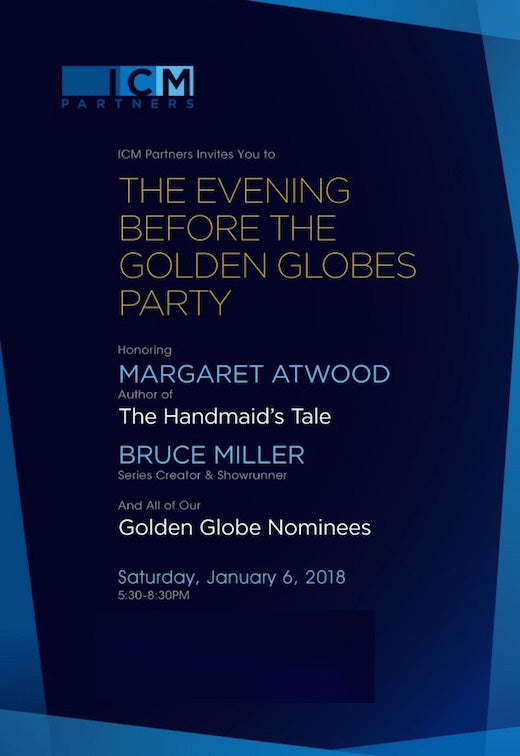 Expected: “The Handmaid’s Tale” author Margaret Atwood and series creator/showrunner Bruce Miller. These two are the night’s featured honorees along with all of ICM’s Globes nominees.

Take Note: Although Poppy is one of the current L.A. hotspots, the space’s former occupants (STK) also brought good luck on the evening before other awards shows. Sony Pictures Classics celebrated with Cate Blanchett at this same address the night before she won the Oscar for “Blue Jasmine.”

Logline: The Globes’ bubbly partner for the past 25 years returns with a kick-off event for their 60-second short film competition that will award a new filmmaker a $25,000 grant and the opportunity to make another film as part of Moët & Chandon’s global campaign.

The mission: Penn and his organization have been relentless since the 2010 earthquake. They run a community clinic that treated over 11,000 people in 2017. Their School of Hope educates 200 students from marginalized backgrounds free of charge, 50 of whom are disabled. After Hurricane Matthew, they repaired 4,000 houses, allowing 20,000 people to return safely to their homes. On an awards weekend where there’s more sizzle than steak, this event has teeth.

HBO
Circa 55 Restaurant and Poolside

Expected: Lots of trophies, especially if “Big Little Lies” repeats its Emmy night dominance. HBO earned 12 nominations, the most of any network.

Expected: “The Marvelous Mrs. Maisel” has come barreling out of the gate. The show is nominated for “Best Television Series – Musical or Comedy” and star Rachel Brosnahan earned a nomination for her leading role as the titular character. Chief Jeff Bezos is a major celebrity sighting even amongst the Globes’ glitzy crowd.

Also keep your head on a swivel for: Kevin Bacon, nominated for “I Love Dick”.

Dance floor alert!: Amazon wins the entertainment award with a coup booking of both Mark Ronson and Samantha Ronson. How come nobody thought of this before? Taking over the Beverly Hilton’s rooftop penthouse, this is a room for bon vivants. Audi will be shuttling their VIP guests.

Expected Talent: All the good ones. This party has a reputation for being glam but not stuffy, and it will bear a significant impact of the disappearance of the Weinstein party. A slice of the InStyle and Weinstein guest lists did not overlap with each other, leaving former Weinstein invitees (who were often less connected to the night’s awards and only attending Weinstein as social guests) as post-show refugees.

Expected Talent: Between Fox Searchlight (“The Shape of Water,” “Three Billboards Outside Ebbing, Missouri”) and Twentieth Century Fox (“The Post” and “The Showman”), the sister studios have 27 nominations, more than any others on the feature side. With FX’s eight nominations, three for Hulu, and National Geographic in the race, this is going to be a muscular bash.

True to their gamechanger philosophy, “big red” is the first to venture in to the newly opened Waldorf Astoria and claim the prime party real estate. They will enjoy the buffer from the swollen Beverly Hilton after show scene. 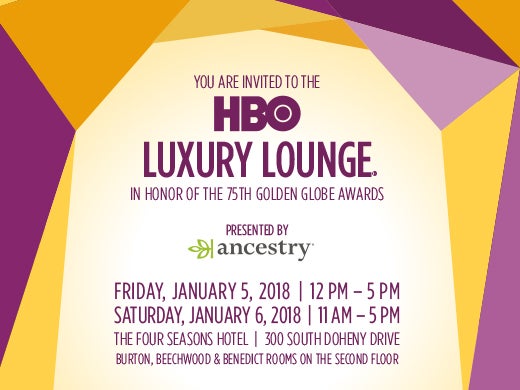 All events are private and by invitation only. Please send updates and additions to the writer, Mikey Glazer, here.