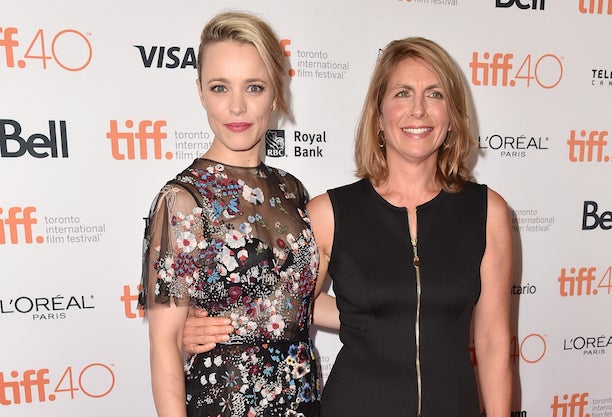 “Spotlight” star Rachel McAdams is bringing Sacha Pfeiffer, the woman she portrayed in the film, to the Golden Globes on Sunday, TheWrap’s Party Report has learned.

McAdams played the Boston Globe investigative journalist on the team that broke the sex abuse scandal and coverup in the Catholic church. The investigation and reporting plays out in Tom McCarthy’s Oscar-nominated drama, which is nominated for a “Best Picture – Drama” Golden Globe.

McAdams had a good excuse for missing the film’s overpacked bash at Bouchon in Beverly Hills on Friday night: She’s off shooting the Marvel movie “Doctor Strange.” 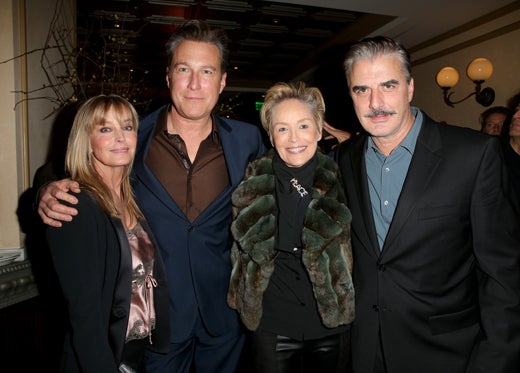 With only 200 people initially slated at producers Open Road, Anonymous Content, and Participant Media’s dinner party, 500 showed up. About 510, actually, if you count the corps of celebrity fans and friends of the film who turned up unannounced: Sean Penn, Sharon Stone, “Orange is the New Black” duo Taylor Schilling and Natasha Lyonne, and “Doc Brown” Christopher Lloyd amongst others.

At one point, there may have been almost too many sex symbols to fit in one picture, but they did it: Bo Derek with John Corbett, Stone, and Christopher Noth, all making their way through the Boston-decorated French eatery. 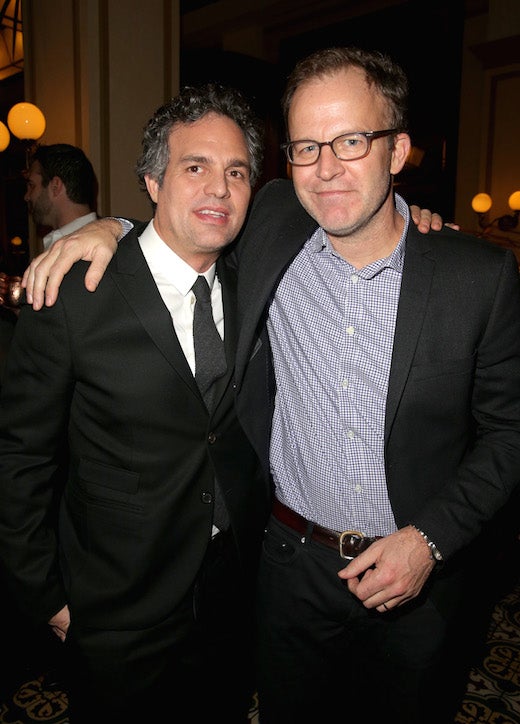 Red Sox decals covered the mirrored walls and reprints of Boston Globe editions that contained the Pulitzer Prize winning coverage dressed the tables. Patriots fans, who are on pause over this awards weekend awaiting their NFL playoff appointment to come, got a fix for the itch as many of the 2002-era papers contained front page coverage of Tom Brady‘s run to the first Super Bowl win 14 years ago. 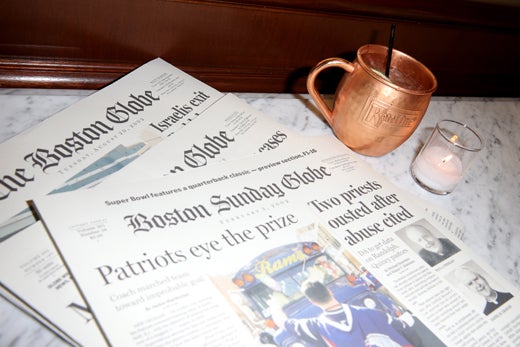 ( Imeh Akpanudosen/Getty Images for Ketel One)

Christian Slater had a mini date-night on the balcony with wife Brittany Lopez in a table for two. James Woods proved to be a raconteur, entertaining a circle that included the OINTB ladies from the edge of a couch. Rami Malek continued his ubiquitous Globes week appearances, grabbing drinks for friends from the bar (where Ketel One lubricated the night with an appropriately named “Spotlight” cocktail) the night before he would present filmmaker grants at Film Independent’s Saturday morning brunch.

All four Spotlight producers were in the room (Michael Sugar, Steve Golin, Nicole Rocklin, and Blye Pagon Faust) with Open Road CEO/”Spotlight” Exec Producer Tom Ortenberg. That was just the tip of the iceberg in terms of the strong industry turnout, which included quite a few Oscar voters (though nomination voting for the Academy Awards had ended two hours before the first of the guests starting arriving). 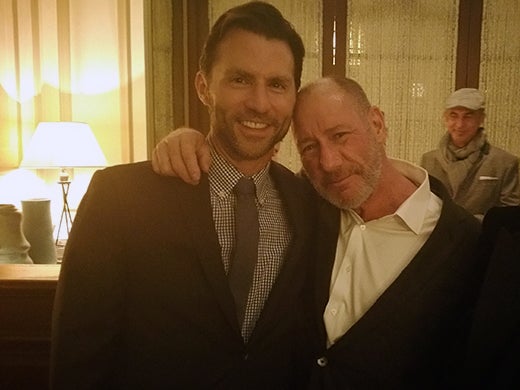 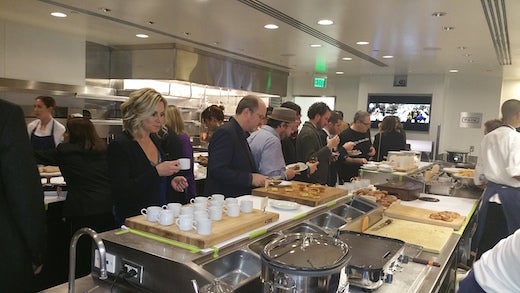 Hollywood parties…in the most elegant of impromptu cafeterias at Bouchon. (Mikey Glazer)

Over in the kitchen – and everyone got a walk through Thomas Keller’s backroom kitchen of the fancy Bouchon – “Spotlight” writer Josh Singer and producer/Participant’s Jonathan King caught a word, as guests grabbed New England Clam Chowder, Boston Baked Beans on what could be Fenway Franks, and what one guest said were “the best fried clams.”

An annual highlight of AFI’s Awards Luncheon on the Friday before the Golden Globes is that there are roughly 3 non-famous people in the room of 200. The other highlight is a mashup of the best on-screen moments from the 10 film and 10 TV honorees, set in the context of the entire history of moving pictures. Spanning from 1895 to 2015, plucking from only years ending in a “5”, iconic screen moments from Charlie Chaplin to “Chewie…we’re home” came together in this package screened at the luncheon. Now, here’s a peek for the rest of the world.

Scene: A+ From The Trump School of Billing 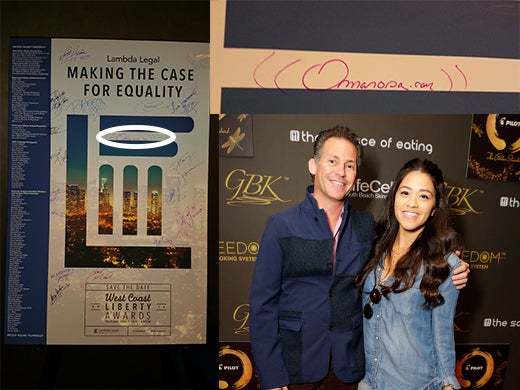 Evergreen personality Omarosa made an interesting signature of support at GBK’s Pilot Pen Suite at the W. Hollywood on Friday. While many autographed philanthropy partner Lamda Legal’s sign-in board, the multi-time “Apprentice” star signed directly in the middle, and not just with her name, but “Omarosa.com.” Mr. Trump would approve that positioning.

Heard: “Journalists May Have Some Resentment Against You…” 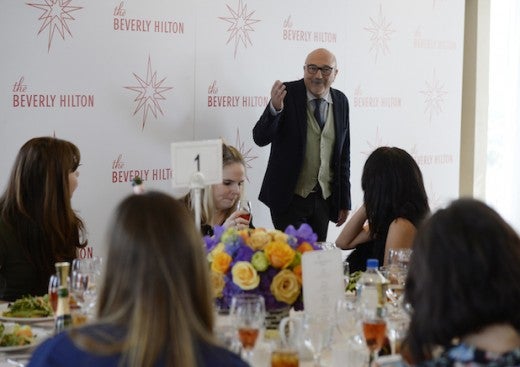 “Journalists may have some resentment against you….but that’s for another day,” said HFPA President Lorenzo Soria to a room full of top lifestyle and fashion bloggers at the Beverly Hilton as the HFPA and Moet hosted a pre-Globes Bloggers Luncheon. It was complete with the full Globes menu and mangums of champagne on Thursday. Top bloggers like Jenny Wu’s “Good Bad and Fab,” Elaine Daneshrad (“Fashionlaine”), Jamie Walsh (“Glam Latte”) got up close with the show before the show.