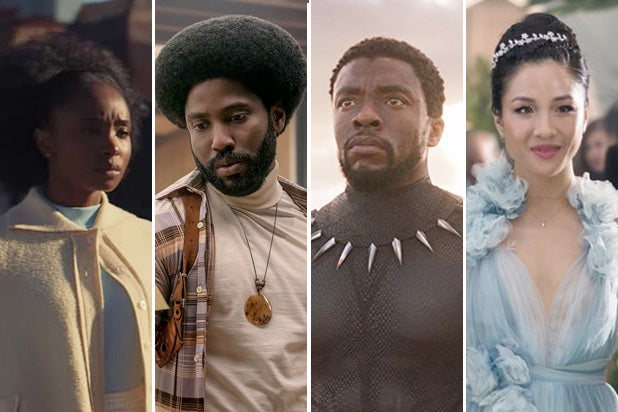 In a record for diversity at the annual Golden Globes Awards, four of the 10 nominees in the two Best Picture categories this year have non-white directors.

Spike Lee’s “BlacKkKlansman,” Ryan Coogler’s “Black Panther,” Barry Jenkins’ “If Beale Street Could Talk” all were recognized in the Best Picture-Drama category, while John M. Chu’s “Crazy Rich Asians” made the cut in the Best Picture – Comedy or Drama competition.

Of these, only Lee received a nomination for Best Director, where he was joined by the Mexican director Alfonso Cuarón for “Roma” — which as a foreign-language film was not eligible in the Globes’ Best Picture – Drama category.

The other directing nominees are Bradley Cooper for “A Star Is Born,” Peter Farrelly for “Green Book” and Adam McKay for “Vice.”

Last year, Guillermo del Toro’s “The Shape of Water” and Jordan Peele’s “Get Out” were both recognized in the top drama and comedy categories, respectively. Del Toro wound up winning the directing prize, though “Three Billboards Outside Ebbing, Missouri” and “Lady Bird” took the picture prizes.