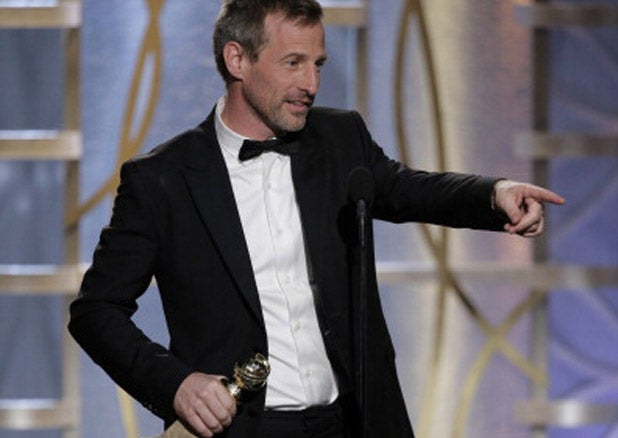 Amy Adams devoted the bulk of her acceptance speech at the Golden Globes Sunday night to her manager, Stacy O’Neill of Brillstein Entertainment Partners — a time-honored tradition at these awards shows.

But Adams transformed the tedious and perfunctory into the heartfelt and emotional.

“I thought maybe I’d get a commercial,” Adams said, recalling her move out to Los Angeles 15 years ago. O’Neill quickly noticed her and signed her, and so Adams asked her why.

“I had a feeling,” O’Neill told the actress, who won the Golden Globe for Best Actress in a Musical or Comedy.

Though Adams thanked O’Neill, she did not thank her team at WME. (Elisabeth Moss took care of that.)

We kept a running tally of the shout-outs, though Megan Ellison probably won that contest.

Jacqueline Bisset thanked her team there.

Alfonso Cuaron thanked Steve Rabineau and Jim Berkus (among others).