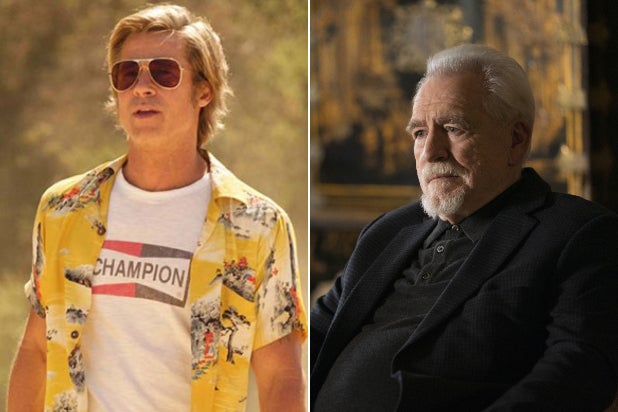 HBO and “Once Upon a Time… in Hollywood” were the big winners at Sunday’s Golden Globes, and we’ve got the math to prove it.

Thanks to Jesse Armstrong’s media-empire drama “Succession” and the Jared Harris-led limited series “Chernobyl,” HBO earned the most trophies (4) of any platform — or distributor, in the case of films — tonight. Those quartet of statues were for the performances of “Succession” lead Brian Cox and “Chernobyl” supporting actor Stellan Skarsgard, and the top honors in the drama and limited series categories, respectively.

With a pair of wins apiece, streaming services Hulu and Amazon Prime Video were the only others to win multiple awards among the big small-screen competition.

On the motion picture side, Quentin Tarantino’s ninth film won in three categories, which both led the way on an individual movie basis and gave Sony its own gold medal in the distributor rankings. A trio of other films — Sam Mendes’ “1917,” the Joaquin Phoenix-led “Joker” and “Rocketman,” starring Taron Egerton — each won a pair of Golden Globes.

Find the breakdown by movie, show, motion picture distributor and TV network/streaming platform below. Readers can check out the full list of winners from Sunday’s Golden Globes, which were hosted by Ricky Gervais, here and TheWrap’s picks for the night’s biggest snubs and surprises here.

These red carpet risk-takers turned heads at the 2020 Golden Globes.