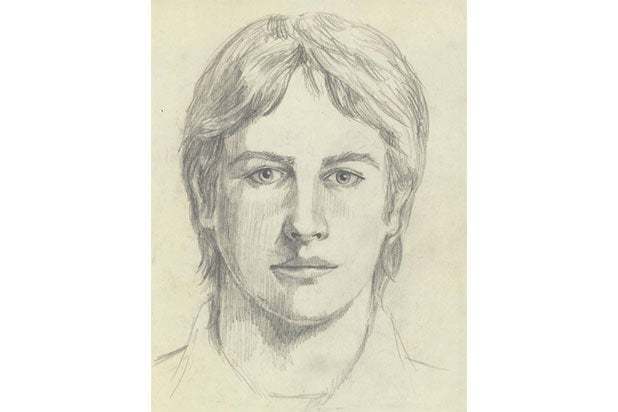 “Yesterday an arrest warrant was issued, a complaint was filed charging that individual with two counts of murder here in Sacramento,” Schubert said during a press conference. “It is fitting that today is National DNA Day. We found the needle in the haystack and it was right here in Sacramento.”

On Wednesday, 72-year-old DeAngelo was arrested on two counts of murder. The Golden State Killer was linked by DNA and method to 12 murders, 45 sexual assaults and more than 120 burglaries from Sacramento to Orange County between 1976 and 1986.

Sacramento County Sheriff Scott Jones told reporters at the press conference that they were able to get some discarded DNA to confirm that DeAngelo was “our man.”

“It was DNA ultimately that led us down the right road, but there were a lot of places that road could’ve led,” Jones said, crediting the arrest to the “true convergence of emerging technology and the determination of our detectives.”

The Golden State Killer case was also the subject of a true-crime book titled “I’ll Be Gone in the Dark,” by Michelle McNamara, Patton Oswalt’s late wife. McNamara worked with investigators on the case but died before the book was published. It was finished by co-writer Billy Jensen, researcher Paul Haynes and Oswalt.

So far, DeAngelo has been charged with two counts of murder in Sacramento and capital murder charges were filed in Ventura County earlier today. In terms of the other crimes committed in California, Schubert said: “There’s many of them that match in DNA, but they haven’t been charged yet.”

While this filing is only the beginning of DeAngelo, “it is the culmination of a decades-long unrelenting investigation that focused on bringing this rapist and killer to justice,” Ventura County District Attorney Greg Totten said. “A new phase begins as we commence the prosecution of charging of DeAngelo, and this will involve a lot of jurisdictions working collaboratively together. We are committed, we are determined and we will — God willing — hold this man fully accountable for his crimes.”

Sheriff Jones also spoke about the arrest of DeAngelo, saying the suspect was “surprised.”

“We were able to surveil him, feel for some of his activities, routines, and we got some information to what he might do if confronted or apprehended, so we developed a plan to wait for him to come out of his residence rather than approach him in his residence or out and about in his car,” he explained. “We had a team in place that was able to take him into custody. He was very surprised by that, it looked as if he might have been searching his mind to execute a plan, but he was taken into custody with no incident at all.”

Schubert and Jones also confirmed that DeAngelo is indeed an ex-police officer, having served at two departments in the time spans 1973 to 1976 and then 1976 to 1979. “It is quite possible he was committing crimes while he was employed as a police officer,” Jones said.

Jones also added that he is “absolutely” certain that there will be a trial. Schubert jumped in with the fact that more than 10 counties are involved and decisions for where, when and how a trial will be held will be made in “the immediate future.”

Bruce Harrington, the brother of Keith Harrington who was murdered in 1980 alongside Patrice Harrington in Laguna Niguel, appeared at the press conference. Bruce Harrington had played a major part in changing the state’s DNA collection law in hopes of catching the killer.

“Sleep soundly tonight,” Harrington said. “He will not come through the window. He’s now in jail, and he’s history.”

“Finally after all these years, the haunting question as to who committed these terrible crimes has been put to rest,” said Orange County District Attorney Tony Rackauckas. “We always believed at least for many years that this case would begin and end with DNA. This defendant was able to live free in a nice suburb in Sacramento. Our team is going to work hard to make sure that he never gets out.”