When Hollywood heavyweights step up to a podium without any notes, you know they really want to be there.

Simmons opened his house (and fine art collection) in the Trousdale section of Beverly Hills for the first West Coast version of his annual Hamptons summer event, “Art for Life Los Angeles,” to raise money to promote arts programs for inner city youth and fund galleries for emerging artists. 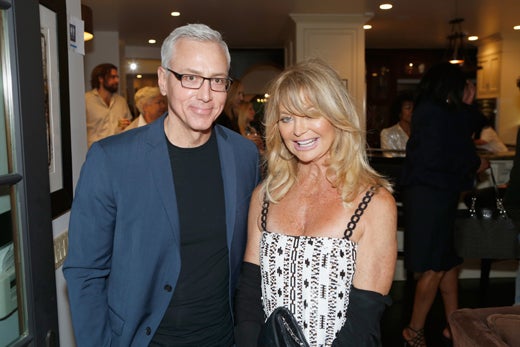 Dr. Drew Pinsky no longer has a 10 p.m. date with “Loveline” to run to, since it recently went off the air. He could stay and enjoy the night with honoree Goldie Hawn. (Randy Shropshire/Getty Images for The Rush Philanthropic Art Foundation

The event has been a tentpole on the Hamptons social calendar for 20 years, attracting such stars as Mariah Carey, Tyler Perry, Dave Chappelle, Al Sharpton, Michael Strahan, and Taraji P. Henson.

In Beverly Hills on Tuesday, as CNN election returns from the Indiana primary played on a TV, Goldie Hawn leaned on furniture sandwiched between by a svelte Dr. Drew Pinsky and the snuggly Bruce Vilanch. (Vilanch’s punny t-shirt of the night: “Pug Life,” with a dog’s face.) 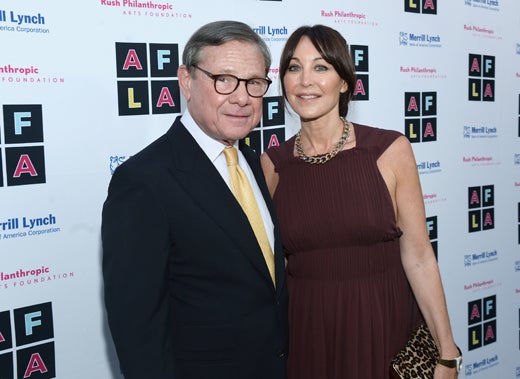 “Being a kid from West Philly that grew up listening to hip-hop music, reading the back of albums and liner notes — that was our art,” said honoree Troy Carter, Lady Gaga‘s former manager-turned-prolific angel investor. He is also an occasional “Shark Tank” shark.

“We didn’t have exposure to a lot of art. I remember as a kid that burgundy and grey ‘Def Jam’ label,” he said. “I didn’t have to rap like L.L. [Cool J], but it made me aspire to see that I could own a label one day.” 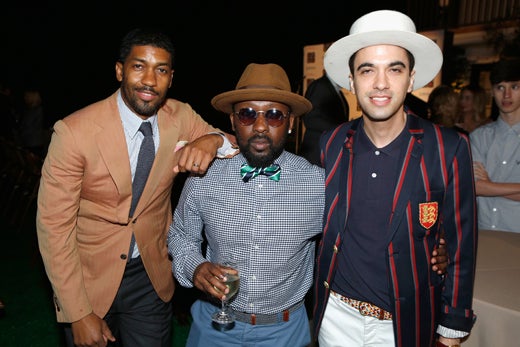 Fonzworth Bentley, O’Neal McKnight, and the amazing DJ Cassidy at “Art for Life LA”. Cassidy did not spin, ceding the decks to DJ Kiss and DJ Mos. (Randy Shropshire/Getty Images for The Rush Philanthropic Art Foundation)”

Hawn and Simmons had come from the Milken Institute conference at the Beverly Hilton, where disappearing arts from school curriculums had also been a theme. Simmons’ introduction at his house brought her to tears as she took the stage.

Following Simmons’ heartfelt introduction, Hawn took the stage and delicately wiped tears from her eyes with the backs of her fingers. “That really got me,” she said, standing in front of Simmons’ trophies and commendation letters from the White House.

“Kids should be [brought to] an awareness that they can celebrate their dream,” Hawn said. “Put it on paper, put it in a song, put it in poetry, get quiet, dream, open up your mind, open up your brain, balance out your left/right brain, and now listen to what you never thought you could hear. This is the gift that you are going to give them,” she reminded those who could offer the foundation their celebrity, their dollars or both. 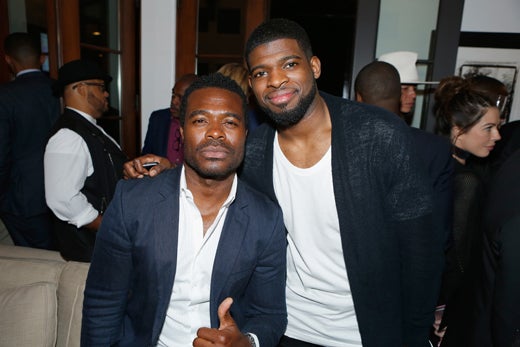 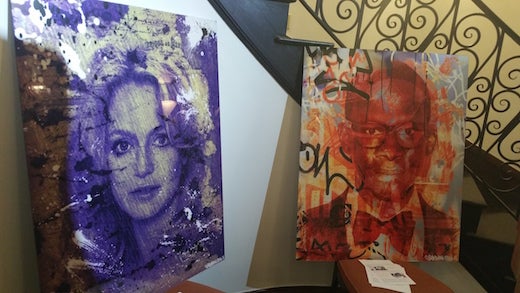 Artist Paul Gerben made the prints of honorees Goldie Hawn and Troy Carter that greeted guests in the Foyer. Host Simmons stood nearby, individually shaking hands of all, including the strangers coming in to his house. (Mikey Glazer)

Visual artists (Shepherd Fairey, Paul Gerben), musical artists (DJ Cassidy, Prince’s ex-wife Mayte Garcia), and those at the intersection of art and commerce (Michael Ovitz) spread out across the house, noshing in the style of host Simmons —  totally vegan.

Guests casually sat on the back of couches, ate standing up in the kitchen or sipped wine under the platinum “Raising Hell” records on the wall of the hip-hop pioneer.

Before the celebrated "Game of Thrones" return on April 24, Emilia Clarke was amongst the stars on the party circuit during the week between Coachella weekends.