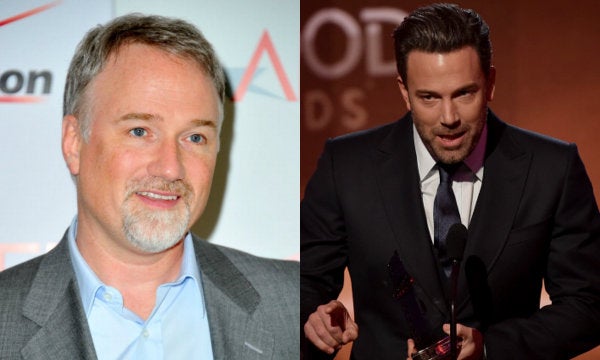 Warner Bros. is reuniting the cast and crew of “Gone Girl” for a new take on the Hitchcock thriller “Strangers on a Train.”

David Fincher, Ben Affleck and Gillian Flynn are set to take a modern approach to the classic whodunnit mystery, working under the title “Strangers.”

Affleck is eyeing the role of a movie star in the middle of an Oscar campaign whose private plane breaks down, so he’s given a ride to LA on the private plane of another wealthy stranger. From there, twists and murderous plots ensue. Flynn will write the script and Fincher will direct.

Jon Berg is overseeing for the studio.

Also Read: OscarWrap: Rosamund Pike and a Part to Die For in David Fincher’s ‘Gone Girl’

Fincher, Flynn and Affleck are coming off of “Gone Girl,” which has grossed over $350 million worldwide and garnered nominations in nearly every major guild in the march to Oscar nominations.

Affleck recently wrapped playing Batman in WB’s “Batman v Superman: Dawn of Justice” and next stars in the studio’s “The Accountant.” He is represented by WME.

Fincher and Flynn next reteam for the first season of HBO’s “Utopia.”