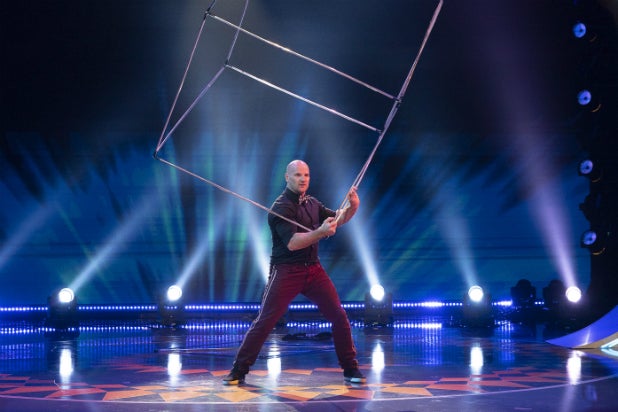 ABC’s “The Gong Show” Season 2 came to a close last night, when it went up against (and was even preempted itself by) NFL football.

Each of the Big 4 networks had preseason pigskin taking over primetime in certain markets, so the below Nielsen numbers for those broadcasters are subject to significant downward adjustment. CBS and NBC, for a pair of examples, each aired a game in the gargantuan New York City market.

For now, CBS was first in ratings with a 1.3 rating/6 share in the advertiser-coveted 18-49 demographic and in total viewers with an average of 5.8 million, according to preliminary numbers.

ABC was fourth in ratings with a 0.8/4 and third in viewers with 4.13 million. The “Gong Show” season finale aired at 8 p.m. and had a 0.8/4 and 4.2 million viewers. Again though, that may be inflated by an NFL game preemption in certain parts of the country.

Telemundo was fifth in ratings with a 0.5/2 and sixth in viewers with 1.31 million.

Univision and The CW tied for sixth in ratings, both with a 0.4/2. Univision was fifth in viewers with 1.4 million, The CW was seventh with 1.30 million.

The CW aired a pair of repeats last night.