The promotion for Swink, who has worked on the morning news show since 2010, comes just days after her predecessor, former “GMA” senior executive producer Michael Corn, was accused of sexual assault by two ABC producers. Corn had left ABC in April to become president of news for NexStar’s NewsNation and has denied all allegations.

Swink began her career at ABC News as a writer for “This Week with Sam Donaldson & Cokie Roberts” and then “Nightline” at the network’s Washington bureau. She also helped launch an evening newscast for the National Geographic Channel and produced long-form segments for “NASCAR in Primetime.” 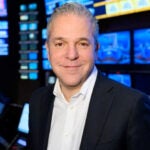 During her time at “Good Morning America,” the show has risen to the top spot in total viewers. She has served as senior producer for the show’s coverage of multiple elections and the royal wedding of Prince Harry and Meghan Markle. In the past year, as head producer of the second hour of “GMA,” Swink has led development on recurring segments covering small businesses as they grapple with the COVID-19 pandemic.

Swink will take over at a time when “Good Morning America” is trying to overtake NBC’s “Today” for the top slot in the 25-54 demographic, the core age group for morning television. At the same time, morning television, along with the rest of network television, is seeing viewership decline with the ongoing pivot among younger viewers to streaming and cord-cutting.

“Simone is a dynamic, thoughtful and creative leader, experienced in collaborating across platforms,” Godwin said in the memo. “I’m confident that she and the GMA team will continue to lead the show in new and innovative directions.”