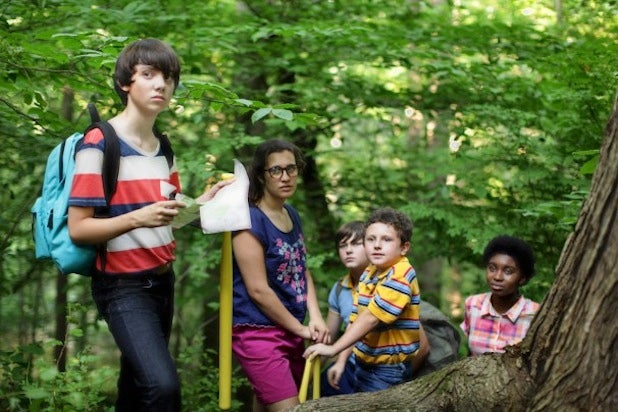 Cinedigm bought the distribution rights to Double Dutch’s family film “The Stream” with plans to release it across DVD, digital and VOD platforms on Aug 26th, the two companies announced Tuesday.

The film takes place in the summer of 1981. Ernest Terry, like most boys his age, is obsessing over George Lucas‘s Star Wars saga. In the woods outside Ernest’s neighborhood, capture-the-flag contests escalate into sprawling Jedi battles, with bright yellow wiffle-ball bats substituting for lightsabers. But when a bully snaps Ernest’s already-damaged “weapon” in half, our hero and his friends accept a mission: follow a nearby stream to the town mall, buy a new bat and return home before their parents realize they’re missing. Awkward pre-teen characters wrestle with small crushes, big imaginations and coming-of-age obstacles over the course of a lazy, but eventful, summer afternoon.

In separate deals, Double Dutch sold the film to VM in Australia and MediAsia for pan Asian TV.