In this morning’s roundup of Oscar news ‘n’ notes from around the web, Taylor Lautner goes to war as the Golden Globes and Critics Choice Awards loom.

Dave Karger predicts the Golden Globes. He’s going with “Up in the Air” over “Avatar” for Best Motion Picture – Drama, but James Cameron on top in the Best Director category. Others: “(500) Days of Summer” in the comedy or musical category, Carey Mulligan over Sandra Bullock for Best Actress – Drama, George Clooney for Best Actor – Drama … and, oh dear, Daniel Day-Lewis for Best Actor – Comedy or Musical in “Nine.” (Oscar Watch) 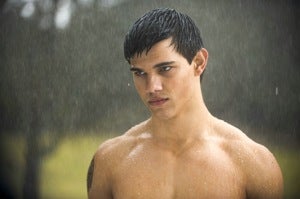 If it’s true, this is just plain wrong: the Carpetbagger reports that the Golden Globes producers actually think they’ll increase ratings by sitting Taylor Lautner at the table with the cast of “The Hurt Locker.” Huh? Somebody needs to explain how that’ll work to me. Anyway, Melena Ryzik goes on to say that the writers of “(500) Days of Summer” weren’t even sure they’d be able to get tickets. (Obviously there’s no room left at the “Hurt Locker” table, but you’d think a Best Picture – Comedy or Musical nominee would have enough seats to accommodate the writers.) Then she talks about going to the People’s Choice awards on Friday. She’s just arrived in L.A., so I’ll write that one off to jet lag – but the People’s Choice Awards were last week. The Critics Choice Awards (or, more accurately, the Critics Choice Movie Awards) are on Friday. (The Carpetbagger)

While we’re on the subject, Pete Hammond examines the Critics Choice Movie Awards, and the organization that hands them out, the Broadcast Film Critics Association. Turns out the group was born out of a junket conversation between a pair of movie reporters and critics, Joey Berlin and Rod Lurie – the latter of whom later left the world of journalism to write and direct movies like “The Contender” and the upcoming “Straw Dogs” remake. And yes, Lurie was once honored by the organization he co-founded: in 2001, “The Contender” won the Alan J. Pakula Award “for artistic excellence by illuminating issues of great social and political importance.” (Notes on a Season)

Todd Gilchrist runs down the best movie music of 2009. Only half of his top ten is eligible in the Oscar original-score category: “Fantastic Mr. Fox,” “Up,” “Sherlock Holmes,” “The Informant!” and “Star Trek.” His top pick, “Crazy Heart,” has two songs in the Oscar race but wasn’t submitted for score, while “Inglourious Basterds” doesn’t use any newly-written music, instead recycling old film music, mostly from Ennio Morricone. (Cinematical)

Sasha Stone makes a case for 2009’s “forgotten treasures,” but she doesn’t get much further than rhapsodizing about “The Road,” which she only recently saw. She also offers kudos to Abbie Cornish in “Bright Star” and Diane Kruger in “Inglourious Basterds” – but it’s the “astonishing” Viggo Mortensen and “The Road” that really spurs her passion. (Awards Daily)

Don’t the Iowa Film Critics know that the time for announcing regional critics awards has passed, and now we’re into big awards shows and guild awards? Apparently they don’t. So here are their choices: