The Mars Rover documentary “Good Night Oppy” as been named the best nonfiction film of 2022 at the Critics Choice Documentary Awards, which took place on Sunday night at the Edison Ballroom in New York City.

Ryan White was named the year’s best documentary director for “Good Night Oppy” at a ceremony that consistently spread the love, with a dozen different films and film series winning awards and only “Good Night Oppy” and “The Beatles: Get Back” winning more than a single award.

For the first time the Critics Choice Documentary Awards also announced the second- and third-place finishers in the top category, with “Fire of Love” finishing second and “Navalny” finishing third.

David Siev won in the Best First Feature category for “Bad Axe.” Genre winners were “Fire of Love” for archival documentary, “Descendant” for historical doc, “Navalny” for political doc, “Sidney” for biographical doc, “Good Night Oppy” for science/nature doc and a tie between “Citizen Ashe” and “Welcome to Wrexham” for sports doc. Peter Jackson’s three-part Disney+ series “The Beatles: Get Back” won the award for Best Music Documentary over a group of theatrical docs, taking advantage of the CCDA rule that does not distinguish between film and TV docs in many categories. 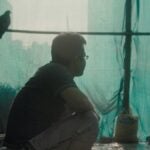 In the craft awards, “Our Great National Parks” won for cinematography and “Moonage Daydream” for editing.

In the documentary series categories, the winners were “The Beatles: Get Back” and “30 for 30.”

Ever since the Critics Choice Association spun off its nonfiction awards into a separate show in 2016, the CCDA winner went on to win the Oscar for Best Documentary Feature twice, for 2019’s “O.J.: Made in America” and last year’s “Summer of Soul.” The other four times, the CCDA winner – “Jane,” “Won’t You Be My Neighbor,” “Apollo 11” and “Dick Johnson Is Dead” – notably failed to receive an Oscar nomination. 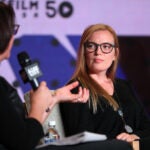