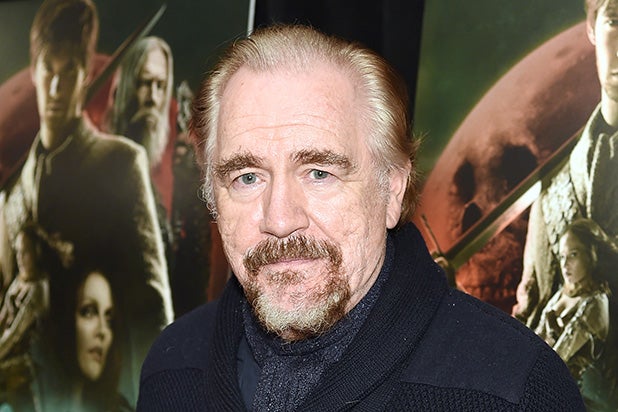 “Good Omens” has found its voice of death in Brian Cox.

Neil Gaiman made the announcement Tuesday on his Twitter account, writing “So for anybody wondering… The amazing Brian Cox plays Death in #GoodOmens. This is what Death looks like, when he’s not on a motorbike anyway. (Watch the trailer tomorrow.)”

Amazon will debut the six-episode adaptation of Neil Gaiman and Terry Pratchett’s acclaimed fantasy novel, which stars Michael Sheen and David Tennant as an angel and demon, respectfully, who form an unlikely friendship over centuries of living comfortably on Earth.

Also Read: How 'Good Omens' Finally Made It to Amazon, and Neil Gaiman's 'Favorite' Scene He Had to Cut

The cast also includes Jon Hamm as the Archangel Gabriel, Frances McDormand as the Voice of God and Benedict Cumberbatch as Satan.

So for anybody wondering… The amazing Brian Cox plays Death in #GoodOmens. This is what Death looks like, when he's not on a motorbike anyway. (Watch the trailer tomorrow.) pic.twitter.com/ARmFMM97uc