A version of this story about D’Arcy Carden appeared in The Race Begins issue of TheWrap Emmy magazine.

“The Good Place” star D’Arcy Carden has been playing Janet, an anthropomorphized vessel of knowledge that serves as the personal assistant to the residents of the Good Place and architect Michael (Ted Danson), for two seasons now. And she’s been loving every minute of it.

The actress, whose other TV credits includes “Barry” and “Broad City,” recently sat down for an interview with TheWrap about Season 2, including her thoughts on that freshman-year twist that threw the show into a totally different direction.

(Spoiler alert: It turns out that Kristen Bell’s Eleanor and her friends weren’t in the Good Place after all, but somewhere more sinister.) 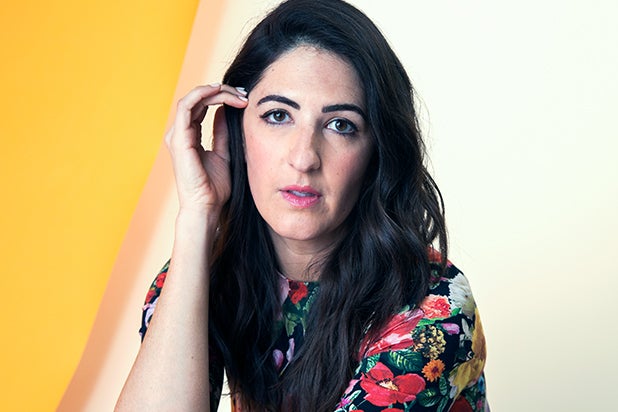 “After the huge twist at the end of Season 1, and the way it worked so well and truly surprised everyone, I will trust whatever they give us,” Carden said. “I felt like Season 2 could have gone a million different ways, and seeing the way it unfolded and, not to give any spoilers, seeing the way Season 3 is unfolding — we’re shooting it right now — it’s like, ‘Whew, baby!’ You guys are in for a treat.”

Carden also told TheWrap about how much she loves being Janet in all her incarnations, starting with the sweet Janet we first meet and then including the delightfully abrasive Bad Janet who shows up in Season 2.

“It’s crazy how many Janets I get to play,” Carden said. “It’s dreamy. Not to sound super-cheesy, but it is an actor’s dream to get to play all of these different roles, even though they’re all really part of the same thing.

“I really love playing sweet, little, normal Janet. But there is nothing like playing Bad Janet — getting to explore a really mean, nasty, dark side of myself is just fun! When I get to be nasty to Ted Danson, they say, ‘Do another take and just be meaner!’ I love it.”

Also Read: 'The Good Place' Gets Third Season at NBC

As for why fans are so interested in the show, Carden thinks it has to do with the sheer quantity of good television on the air these days.