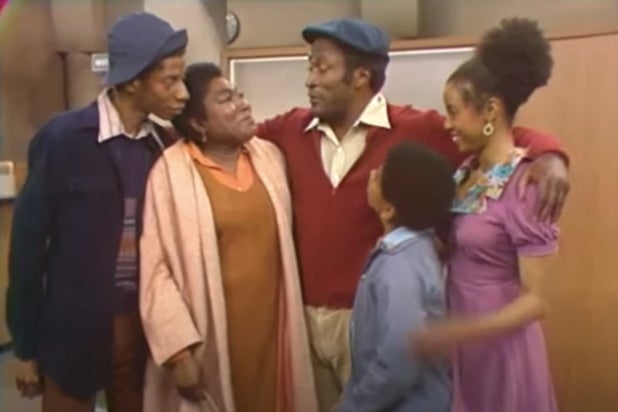 Norman Lear’s 1970s sitcom “Good Times” is coming back as an animated series at Netflix.

Based at Sony Pictures Television, Lear’s Act III productions is partnering with Steph Curry and Seth MacFarlane via their Unanimous Media and Fuzzy Door Productions. This will be Lear’s first foray into animated series.

Netflix describes the series as “following the Evans family as they navigate today’s world and contemporary social issues. Just as the original did years ago, Good Times strives to remind us that with the love of our family, we can keep our heads above water.”

“We can’t think of anything better, at this time in our culture, than a reimagining of Good Times animated,” Lear and Miller said in a statement. “In a year filled with darkness, this is one bright light we won’t soon forget. Thank you, Sony. Thank you, Netflix. Bless us all. “

“It’s a dream come true to be working with the legendary talents of Norman Lear, Seth McFarlane and Stephen Curry. We are excited to carry on the original legacy of GOOD TIMES – but now animated and a little edgier. Let’s just say the struggle has just gotten strugglier,” Jones said.

Curry and Peyton are also stoked for the project. “Good Times strives to remind us that with the love of our family we can overcome any obstacle,” they said. “We think, now more than ever, the world needs to see a show with hope and positivity.”

MacFarlane and Huggins said it was a “thrill” to partner with Lear, and added that “Animation is the ideal medium with which to reimagine the original show, and through the lens of Carl’s sharp, biting humor, audiences will grow to love these classic characters all over again.”

The animated series follows ABC’s “Live in Front of a Studio Audience: Good Times,” which found Viola Davis, Andre Braugher and other actors reenacting episodes of the classic sitcom live last May and December. The May episode won an Emmy for Outstanding Variety Special (Live).

Since the pandemic began, self-help gurus were quick to suggest using the isolation to master a new craft — and these 10 reality shows are all you need to learn that new skill.

It's been over a month since most Americans bunkered down at home to wait out the coronavirus pandemic. Self-help gurus were quick to suggest using the isolation to take up a new hobby or master a new craft. But with so much time to spend on the couch, many people have resorted to binge-watching all the best shows streaming services have to offer. Feel unproductive? Don't. These 10 reality shows are all you need to learn that new skill.