The first year that “Girls” debuted on HBO TheWrap newsroom was often in turmoil on Monday mornings, when female staffers would face off against male staffers and explain why they despised the show.

Or, alternately, why they refused to watch it.

Really. We had all-out cultural battle lines between the women who hated how the show cut way too close to the jib of their real lives – “I’m not going home to watch myself on TV, sorry,” one annoyed sales coordinator told me memorably – and others who felt seen and recognized and thus championed by Hannah and her friends.

(The guys hated it, though I can’t really remember why.)

Myself, I just found the show an anthropological wonder, a keystone into understanding the self-absorption of the millennials who paraded through my office demanding raises or vacations in their first month (I exaggerate but not a lot) as our young company grew, and I was bewildered at the chasm between my cultural norms and theirs.

“Girls” was deliberately annoying and provocative, simultaneously self-celebrating and self-mocking of the generation that emerged from helicopter parenting and Everybody-Gets-a-Medal inclusivity.

But the show was deeper and craftier than that, and as the characters grew richer with each passing season, I came to appreciate the provocative, polarizing genius of Lena Dunham. Millennial self-absorption turned to enlightenment in episodes like the one last season when Hannah read her work on “The Moth,” admitting to her own shortcomings in a story about jealousy, as Adam and Jessa’s relationship built to a fever pitch. We see a new layer of Hannah, a more reflective person and one able to empathize.

We now come to the end of the run of a show that will be a lasting hieroglyph of early 21st century womanhood, so it’s worth a moment of gratitude to Dunham for what she created. 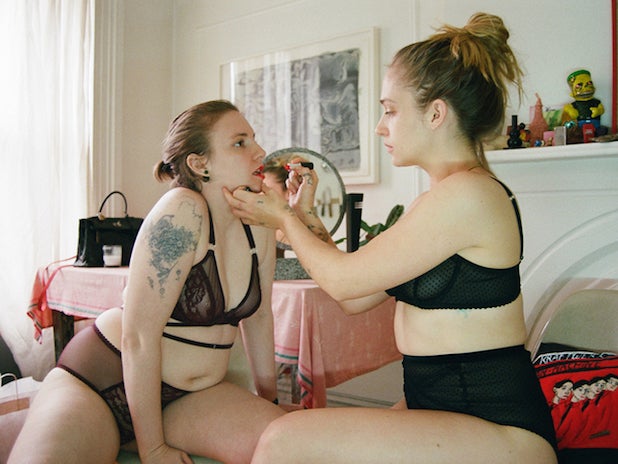 First, let us recognize the anti-Hollywood casting moxie of “Girls.” After years of seeing beautiful women paired with shlubby nerds (Jim Belushi, Kevin James, Judd Apatow, Michael Cera etc etc) – something I like to refer to as the revenge of the writer’s room – here comes Zosia Mamet as the kooky Shoshanna. Dunham herself reveled in Hannah’s zaftig size – who can forget her playing topless ping pong – and poked at our beauty conventions with her pigtails and exposed thighs.

Also Read: 'Girls': The Evolution of Shoshanna as Told Through Her Hairstyles (Photos)

Hail to the irrepressible Jemima Kirke as Jessa, with her raging sexual appetite and – whoops – cocaine habit? (The scene of her soliciting rageful and ashamed sex with a stranger in a bar was one of this season’s most moving interludes.)

And what about the guys on the show? The discovery of Adam Driver – too tall, with a crooked face and an explosive passion for … well, everything – could just be gift enough.

When I interviewed Dunham at our Power Women event in New York last year, I asked her what she made of all the cultural turmoil that her creative choices wrought. She basically said she tuned it all out.

“When the show first started it was all very confusing and intoxicating and I was trying to take it all in,” she said. “And then you realize how little other people’s perceptions of your identity actually have to do with you. And then you take a step back and say, ‘Well, That’s a strange hologram of me. I’m over here doing something totally different. I guess I should just keep moving.'”

She added: “To be trapped in the emotional spin cycle of what people are feeling about me – it’s something women and especially outspoken women need to remove themselves from just to be able to live.”

And what part of Hannah, this late in the series, still reflects her? She couldn’t say, describing Hannah’s origin “as a shadow creature that had elements of me, and an untapped aspect of feminine energy that I wanted to see on television that I hadn’t before.”

(Reminder: When Dunham embarked on “Girls” she was all of 23.)

Maybe that’s the point. In “Girls,” Dunham – with her partner Jenni Konner and Buddha-mentor Judd Apatow – has been doing something completely different, speaking to her own muse, even as the culture wars have raged all around.

So let’s be grateful for a writer with her eye trained on her own North Star, who has given us six indelible seasons of contemporary womanhood, or maybe, Girlhood.

Our interview with Dunham in 2016: