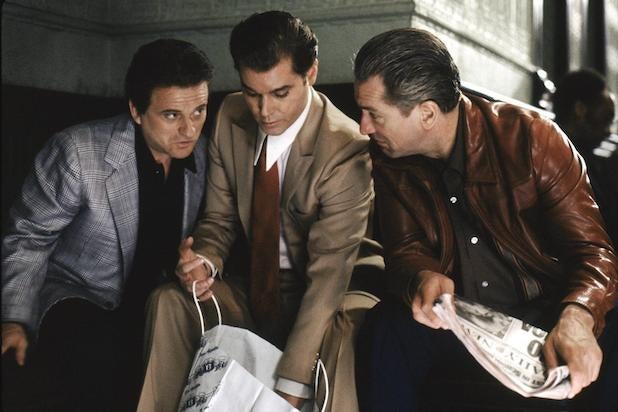 Looks like Irwin Winkler and Warner Bros. Entertainment have made an offer that neither one of them could refuse.

At any rate, “Goodfellas” producer Winkler has abandoned his lawsuit against Warner Bros. Entertainment, which accused Warner Bros. of engaging in “studio accounting on steroids.”

In a statement, Winkler said the lawsuit was the result of “a misunderstanding.”

“This lawsuit was based on a misunderstanding, which I am happy to say has been resolved. I have been making movies at Warner for more than 25 years and consider the folks there to be extremely trustworthy, professional and skilled,” Winkler said. “Most recently, I had a great experience making ‘Creed’ with Warner and MGM, and look forward to a long and continued collaboration with them.”

Winkler’s suit, filed in September, claimed that the producer was owed millions of dollars from the 1990 film. Winkler alleged that he was entitled to 50 percent of the net profits of the film and 5 percent of the gross receipts after the “break-even” point for each film that he produced. However, his complaint alleged, despite “Goodfellas” raking in more than $275 million on a budget of less than $30 million, Warner claimed that the film actually lost money, and concealed more than $140 million of its actual receipts.

A spokesman for Warner had no statement for TheWrap.

The details of the settlement were not disclosed. However, the lawsuit sought at least $18 million.