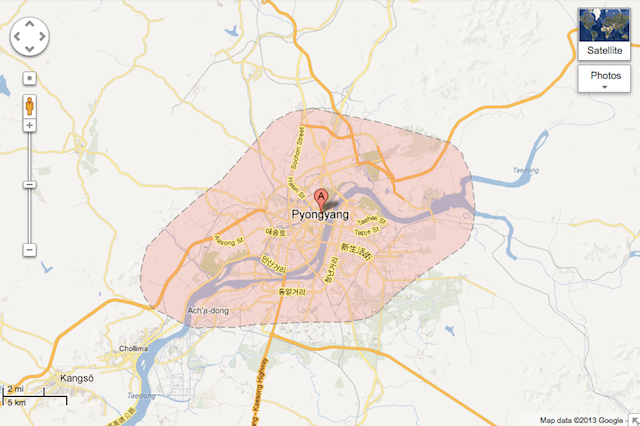 Google on Tuesday added satellite images of North Korea to its Google Maps application, allowing users to browse the outlines of some of the country's prison camps, the company announced in a blog post.

For the first time in the Maps project's eight-year history, viewers can find roads and highways connect the isolated nation's cities and towns. Some buildings and landmarks in its capital, Pyongyang, appear. And, in other areas, images of the camps crowded with the regime of Kim Jong-Un's political enemies.

A Google spokesman said the trip was not linked to the new maps feature.

"There is absolutely no connection in the timing," David Marx, the head of product public relations for Google Asia-Pacific, told TheWrap. "This data has been in Map Maker since 2009. It commonly takes the Map Maker community a few years to generate enough high quality data to be moved into Google Maps proper."

But he said that much of the user-generated data was used to corroborate Google's own satellite images and flesh out the map with more information.