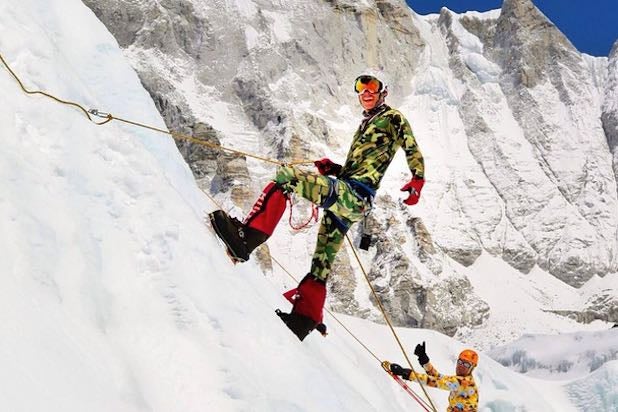 His younger sister, Megan, used his Twitter and Instagram accounts to share the sad news that Fredinberg “suffered from a major head injury and didn’t make it.”

“We appreciate all of the love that has been sent our way thus far and know his soul and his spirit will live on in so many of us,” she wrote with an Instagram photo of him climbing. “All our love and thanks to those who shared this life with our favorite hilarious strong willed man. He was and is.”

Fredinburg was in charge of privacy for Google X and product management for the overall privacy team, and co-founded Google Adventure, a company team that applied the Google Street View concept to extreme and exotic locations, like Everest.

Fellow Google team members Michele Battelli and Flo Nagl were scaling the world’s tallest mountain with Fredinburg when a 7.9 magnitude earthquake in Nepal triggered an avalanche that has claimed the lives of at least 18 people. The Guardian reports the avalanche swept through and severely damaged Everest’s base camp, while over 1,000 people have been killed as a result of the quake that has caused dozens of buildings in Kathmandu to collapse.

“They are being looked after in base camp. All sherpas and other team members are uninjured and are safe in base camp or in Gorak Shep, a nearby cluster of tea houses and lodges,” the company said in a statement. “Our thoughts and prayers go out to Dan’s family and friends whilst we pray too for all those who have lost their lives in one of the greatest tragedies ever to hit this Himalayan nation.”